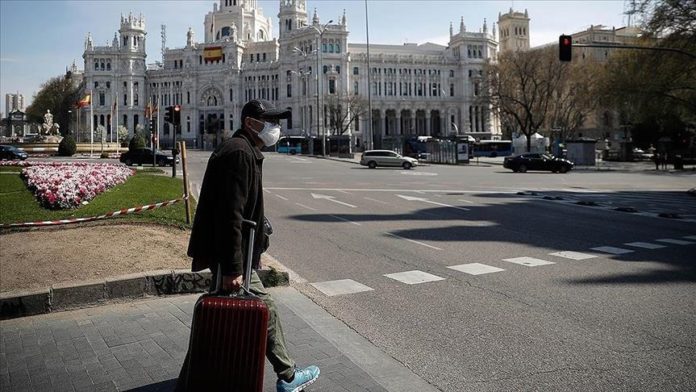 Coronavirus infections continue to accelerate in Spain, with the Health Ministry reporting 42,360 new cases on Thursday.

The jump in infections includes two-day-data because on Jan 6. Spain celebrated the Feast of the Epiphany and the Health Ministry does not publish figures on national holidays.

The surge brought Spain’s total recorded coronavirus infections to beyond 2 million for the first time.

“The infection curve is clearly going up. It’s what we predicted, but we need to wait a bit more to see how high it will get to see the full effects of the holiday season,” said Maria Jose Sierra, a Spanish infectious disease expert, who replaced Spain’s chief epidemiologist in a news conference on Thursday.

Most parts of Spain loosened restrictions around Christmas, New Year, and the Feast of the Epiphany to facilitate celebrations.

Several regions, including Catalonia and Murcia, began to enforce or announce stricter anti-COVID measures on Thursday as Spain’s long holiday season came to an end.

The holidays have also caused significant delays in the vaccine rollout, as many parts of the country pause injections during non-working days.

Of the nearly 750,000 vaccine doses that Spain has received from Pfizer/BioNTech, just 27.9% have been used so far. Madrid, which has had the slowest rollout, has injected just 11% of available doses.

On Thursday, Spanish Health Minister Salvador Illa announced that the Moderna vaccine will arrive in Spain in the next seven to 10 days.

Spain has confirmed around 60 cases of the UK variant so far, while “many more” cases are being studied, according to Sierra.

“At this moment, the main cause of the increase in cases in Spain is not the British strain,” she explained.

Despite the rise in cases in Spain, accompanied by surging hospitalizations and hundreds of daily deaths, Spanish authorities are not discussing the possibilities of a national lockdown.

“At the moment, we don’t need a hard lockdown … We’ve learned better ways to bring down the curve,” said Sierra.