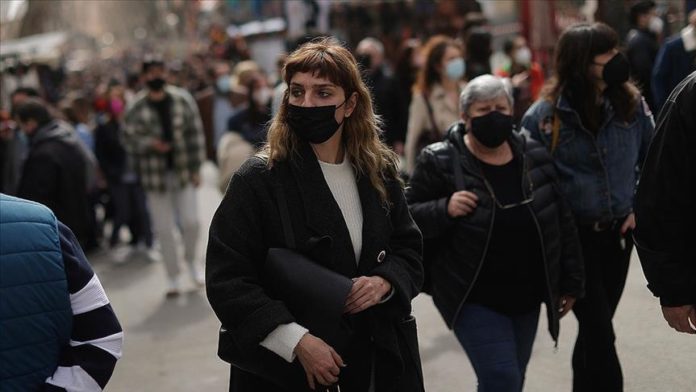 With another 8,534 infections reported on Wednesday, Spain’s infection rate moved into “high risk” territory, as defined by the country’s central government.

Cases have been increasing in recent weeks with the impending Easter holidays threatening to accelerate the contagion. Health Minister Carolina Darias said the country is in a “critical moment.”

Spain had so far managed to avoid an explosion in infections fueled by the more contagious UK variant, but the strain now accounts for around 60% of infections nationwide.

Intensive care units are still reeling from the post-Christmas spike, with nearly one in five beds still occupied by COVID-19 patients – higher than at the beginning of previous waves.

The country has passed a new law making masks mandatory in all public outdoor spaces, including beaches or the empty countryside. But after clamor from several regional governments and the tourism sector, Darias said the government would consider backtracking.

The government also loosened restrictions on the Oxford-AstraZeneca vaccine. The country had previously only allowed the jabs to be used on people under age 65, but will now also use them to immunize essential workers older than 65.

This is the fourth major change to Spain’s AstraZeneca strategy — first, only administering it for people younger than 55, then pausing doses in fear of blood clots and later raising the age limit to 65.

The shift also comes as countries like Canada, France and Germany have moved to only give the vaccine to people older than 55 or 60.

In total, the country has administered 8 million vaccine jabs to its population of 40 million.