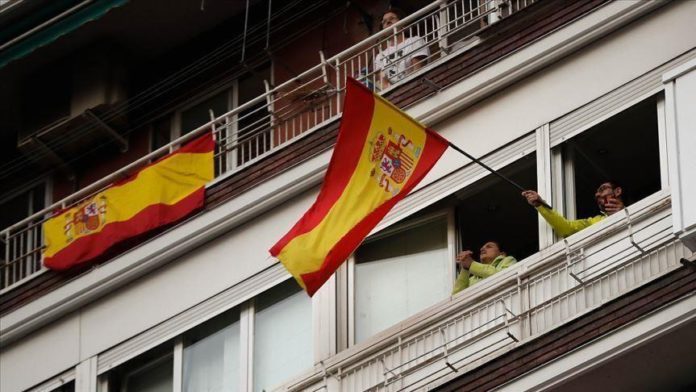 Spain’s Deputy Prime Minister Pablo Iglesias on Monday announced he will be stepping down to run in Madrid’s regional elections.

The announcement by the leader of the left-wing Unidas Podemos party sent shockwaves through Spain, where the political scene has been shifting rapidly since the coalition between Citizens and the Popular Party ruptured last week.

Iglesias said Monday that he hopes to defeat the “Trumpist” politics and “enormous danger” posed by the right-wing politicians in Madrid.

“It will be an honor to hold a position where I’ll be more useful, as a Madrid citizen and as an anti-fascist,” he said in an eight-minute-long Twitter video announcing his move.

Iglesias hopes his candidacy will help defeat the head of Madrid Isabel Ayuso, a Popular Party candidate who has the support of the far-right Vox party.

In an interview with Telecinco on Monday morning, Ayuso said “when they call you a fascist, you know you’re doing things right […] you’re on the good side of history.”

Ayuso called snap elections in Madrid on Wednesday in fear that her coalition government would break down due to the betrayal of the Citizens party. Citizens leaders in Madrid denied they were plotting against her, but she fired all their ministers in her government.

Within hours of her calling the elections, the Madrid Parliament admitted a motion of no-confidence, which would prevent elections and instead make Ayuso’s government face a no-confidence vote.

On Sunday, a Madrid court ruled in favor of going to the polls on May 4, although the case could still be appealed in Spain’s Supreme Court and the elections could be canceled.

Iglesias co-founded the anti-austerity Podemos party in 2014, which skyrocketed in popularity but has since seen a decline in support.

His move to Madrid is a big gamble. In the last Madrid regional elections in 2019, Podemos won just 5.6% of the popular vote – losing 13 seats in the regional government.

Most of the Podemos voters moved to Mas Madrid, led by Inigo Errejon, who split from Podemos in 2019.

“We can’t stop the right-wing with parties of deserters, but instead with a strong government [… ] I think I can be useful in helping win and leading it,” said Iglesias.

He said it was “a political and ethical duty” for the left to unite in Madrid, and called on Mas Madrid to join him to form a single candidacy.

Mas Madrid has yet to comment on his proposal.

Ayuso, upon hearing of Iglesia’s candidacy in Madrid, said: “Spain owes me one for getting Iglesias out of Moncloa.”

The election campaign, if it occurs, is set to be highly polarized. Ayuso said she’ll be shifting her campaign slogan from “socialism or freedom” to “communism or freedom” now that Iglesias is involved.​​​​​​​