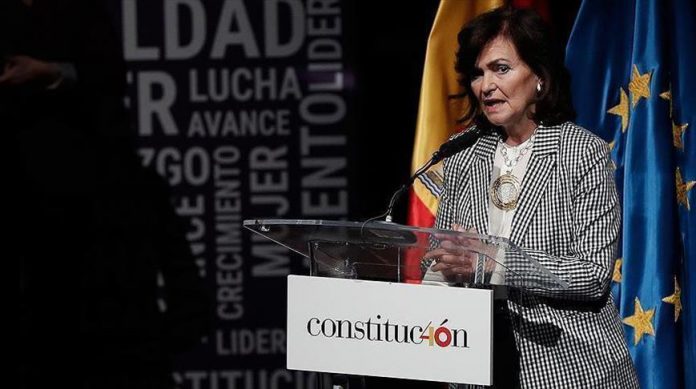 Calvo, 62, has been hospitalized with a respiratory infection since Sunday. She had previously taken a test that was negative.

Two other ministers also tested positive. Each, along with Calvo, attended a massive International Women’s Day march in Madrid on March 8, just two days before large gatherings were banned in Spain.

Prime Minister Pedro Sanchez’s wife also attended the protest and was confirmed to have the virus March 14.

On Tuesday, it was reported that the Moncloa Palace,