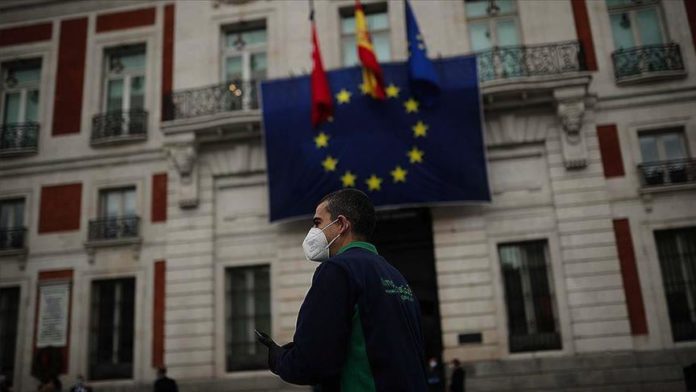 Spain saw its daily COVID-19 deaths drop to below 100 for the first time in two months, according to data released Sunday by the Health Ministry.

Spain registered 87 more deaths, bringing the total number of COVID-19 fatalities to 27,650. That is the lowest number of daily deaths since mid-March.

Another 421 infections were also confirmed, raising the tally in Spain to 231,350.

The rates of both deaths and new infections are gradually falling to pre-lockdown levels in Spain.

Spain’s strict lockdown began on March 14 and is being lifted asymmetrically across the country.

Some of Spain’s island communities will find themselves opening theaters, bars and malls on Monday, while hard-hit areas of Madrid and Barcelona will remain in lockdown with nearly all public-facing businesses shut.

Hundreds of people draped in Spanish flags used their daily physical activity timeslot to bang pots and pans and call for the resignation of Spanish Prime Minister Pedro Sanchez for his handling of the crisis.

The protests originated in one of Madrid’s wealthiest neighborhoods one week ago and have spread across the region.

Both the right-wing government in Madrid and many of the protestors expressed their anger with the central government’s decision to deny the capital region permission to ease lockdown measures.