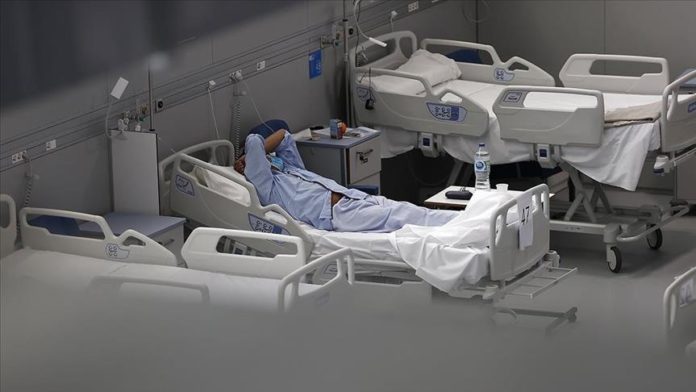 Spain’s official COVID-19 death toll surged beyond 75,000 on Friday, as the Health Ministry reported another 590 fatalities from the disease.

Spain’s mortality data has been notoriously wracked with delays. So, many of those deaths occurred in weeks prior.

Still, the true toll of the third wave in the country is becoming clearer, with around 25,000 having lost their lives to the disease so far this year.

The news comes as infections began to creep up again with the country entering Easter week.

Having learned from the consequences of lax travel restrictions over Christmas, the government began to limit most domestic travel on Friday.

Around 10,000 police officers were deployed to control highways, airports and other travel hubs to ensure that no one was leaving their regional borders without justification.

At the same time, most of Spain has loosened restrictions, with indoor bars and restaurants open across the country.

The Health Ministry passed new guidelines on Friday recommending the shutting down of indoor dining where the epidemiological situation is considered “high risk.”

That recommendation would currently apply to Madrid, Catalonia, the Basque Country and Spain’s African enclaves, where cases have been surging over the past days.

Whether the regional governments will follow the recommendations remains to be seen.

On Friday, he received an AstraZeneca jab after Catalonia became Spain’s first region to begin vaccinating everyone older than 60 years old.

Biden says 'we have to act' after US mass shootings