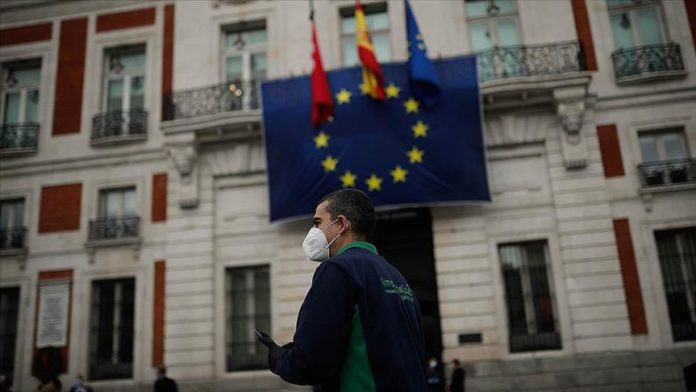 For the third day in a row, Spain reported less than 450 new COVID-19 infections and under 200 daily deaths on Wednesday, confirming positive trends in the outbreak’s evolution.

Fernando Simon, Spain’s chief epidemiologist, in a press conference on Wednesday said the current trends are likely to continue unless things change due to “improper use of the new conditions of mobility that have been permitted.”

Around half of Spain, including big cities like Barcelona, and the capital Madrid, remains under a stricter lockdown than other parts of the country where outdoor terraces and small shops have opened.

Spain’s main epidemiological body is now publishing the basic reproduction rate of coronavirus in the country. As of Monday, it was at 0.78, up slightly from a low of 0.67 on May 5.

Early March, before the lockdown was called in Spain, the rate was much higher — standing at 4.31 — and one person with COVID-19 infected an average of at least four others, according to the study.

On Tuesday, government officials said the temporary layoff measure that currently supports 3.3 million workers will be extended until June 30.

Spanish Labor Minister Yolanda Diaz admitted that some 300,000 people who have applied and qualify for these payments have yet to receive any money, but added that they will be paid within the next week.

Figures released by a Madrid neighborhood association and the city council show more than 100,000 people are now relying on daily help from food banks in the Spanish capital.

For the last three nights, dozens of right-wing protestors have gathered in the wealthy Madrid district of Salamanca, calling for Sanchez’s resignation.

According to local media, the Spanish government is considering making masks obligatory in all public spaces. For the moment, masks are only mandatory on public transportation.

“Now, masks are highly recommended for anyone on the street. Making it obligatory could be over-reacting a little bit, but it could be fine, yet they can generate problems for people with breathing difficulties. The best mask is [keeping] two meters of distance,” said Simon on Tuesday.

The pandemic has killed over 292,300 people, with total infections surpassing 4.27 million, while over 1.5 million people have recovered from the disease, according to figures compiled by the US-based Johns Hopkins University.