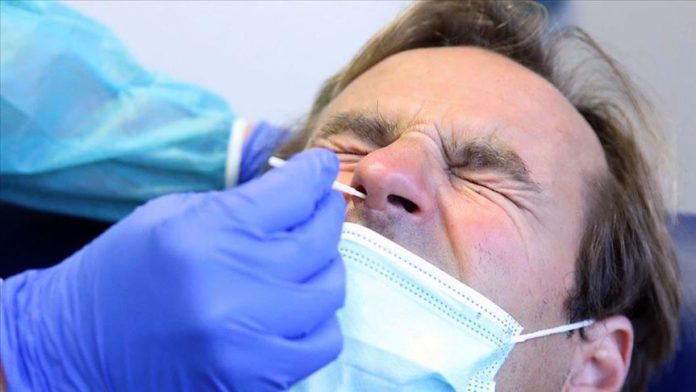 The pressure on Spain’s hospitals continues to grow, with the Health Ministry reporting nearly 800 more active COVID-19 patients on Tuesday compared to Monday.

“A large part of hospitals are having to suspend surgeries,” said Fernando Simon, Spain’s chief epidemiologist, in a news conference on Tuesday.

On Tuesday, the country also confirmed another 238 COVID-19 deaths.

Meanwhile, the number of infections continues its upward trend. The Health Ministry registered 18,669 new cases over the past 24 hours, up 200 compared to last Tuesday, but the data does not include numbers from Catalonia due to technical issues.

In the last 14 days, officials have detected close to 250,000 infections in Spain.

On Tuesday, the region of Castile and Leon announced that it would close most non-essential businesses.

Following the lead of Asturias and Melilla, health authorities in Castile and Leon also insisted that the Spanish central government should give regions powers to order full stay-at-home confinements, which it has so far refused to do.

At the same time, the epidemiologist Simon was forced to apologize for a crude joke he made about “infectious nurses” in a chat show over the weekend.

“If anyone was offended I’m sorry, and I’ll try not to make these mistakes again,” he said on Tuesday, after Spain’s General Council of Nursing called for his resignation.