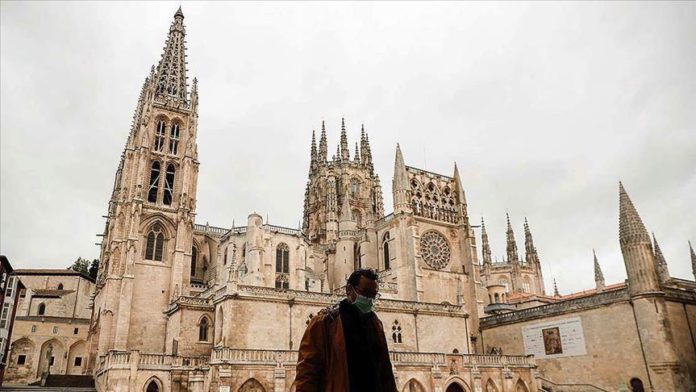 As Spain welcomed its first group of tourists Monday since the coronavirus lockdown began, the country reported the lowest number of daily infections in the last three months.

Although Spain has been gradually opening up since May 11, just 40 new cases were diagnosed on Sunday, according to new Health Ministry data.

Spain’s death toll remains frozen at 27,136. While the figure has not increased in more than a week, the Health Ministry reported 25 deaths over the last seven days.

The first airplane of the season brought 189 passengers from Dusseldorf to the Mediterranean island of Mallorca, part of the Balearic archipelago, some 200 kilometers (124 miles) south of Barcelona. Some of the visitors were tourists, but many others were tour operators who came to see Spain’s hygiene and safety protocols firsthand.

More than 10,000 more Germans will arrive in the Balearic Islands over the next two weeks as part of a pilot program to work out what tourism in Spain will look like amid the pandemic.

The arrivals this week are in a unique situation to experience the often-overcrowded island of Mallorca nearly alone. Not even Spanish residents from other regions are allowed to visit.

Yet their splendid isolation will only last one week. Next Monday, Spain will reopen its borders with other European Union countries, remove an obligatory 14-day quarantine on arrivals, and remove all restrictions on internal movement for Spanish nationals.

On Monday, Galicia also became the first Spanish region to leave behind the state of emergency that has been in effect nationwide since March 14.

Around 75% of the country’s population is now in the final phase of reopening, which allows nightclubs to open, though not dance floors, bullfights, or outdoor weddings of up to 150 people.

Madrid and Barcelona remain one step behind, but as of next Monday, when the state of alarm expires, the hard-hit cities will join Galicia and the rest of the country in “the new normal.”

Until a vaccine or an effective treatment is discovered, masks will remain mandatory in Spain, as will hygiene measures including hand sanitizer and limited occupation.