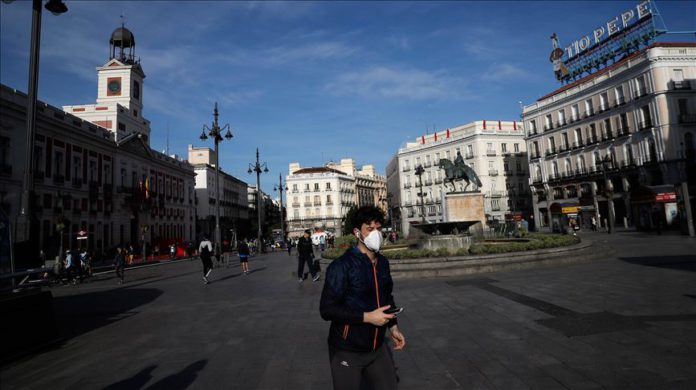 Spain registered just a slight rise in the number of daily deaths and infections on Tuesday, according to data from the Health Ministry.

In the last 24 hours, the country counted 867 new COVID-19 infections and 185 more deaths. Both numbers are up from yesterday when the country saw 164 deaths and 356 new infections, but significantly below their peak.

On Monday night, the Spanish government published its latest unemployment figures. In April, Spain saw a net loss of nearly 50,000 jobs and the number of unemployed reached 3.83 million.

Job losses stabilized compared to March, when the country saw more than 833,000 job losses. Much of the shift can be explained by the government’s decision in late March to make it illegal to fire people due to COVID-19.

Instead, temporary layoffs were encouraged, in which the government foots the bill for employees’ partial wages and social security.

At the end of April, some 3.39 million people in Spain found themselves temporarily laid off, according to the Labor Ministry. People in this situation do not count as unemployed, as they remain linked to their employers, but they are not working and are collecting government help.

Excluding those laid off, around 15 million people in Spain – some one-third of the country’s total population of 47 million – are currently working.

According to the government, providing support for these temporary layoffs is linked to extending the state of emergency in the country.

But a growing number of opposition parties have announced they will vote against a government motion on Wednesday to extend the state of emergency.

Spain has a minority coalition government and an extremely fractured Parliament. Prime Minister Pedro Sanchez has said the country has no option or plan but to extend the emergency declaration.

“Not supporting the state of alarm could bring health and economic chaos to Spain,” José Luis Ábalos, Spain’s transport minister, told a press conference on Monday.