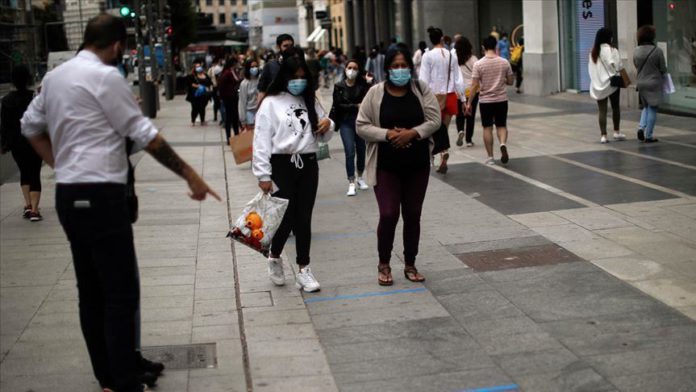 The surge of deaths comes after the total death toll had been frozen for weeks at around 27,130. The death toll includes only those who tested positive for the disease before passing away.

The country also reported 307 new infections on Friday, down from 585 new infections reported on Thursday. The capital Madrid continued to see the largest daily increase.

According to Spain’s chief epidemiologist, there are currently nine outbreaks in the country, including one in a hostel in Cadiz, a southwestern Atlantic port city.

Over the last month, 34 outbreaks that caused 928 new infections have been detected and controlled in the country, he said.

The updated figures come just two days before Spain’s state of emergency is set to expire.

As of Sunday, the country will lift all internal travel restrictions and open its borders with the European Union.

It will also mark the beginning of the summer tourism season, which was launched last night under the motto of “Spain, for sure.”

The Spanish health minister announced that all arrivals – currently limited to European residents – will have to undergo a three-pronged screening process at airports.

First, visitors will fill out a questionnaire and provide contact details. Second, they will undergo temperature screening, and third, they will be checked visually for any virus symptoms.

Any visitor who appears to be carrying the virus must meet with a doctor who will run further tests.

The country will open its borders to the rest of the world on July 1, although officials have said restrictions could remain on countries suffering from uncontrolled outbreaks.

SunExpress gears up to focus on Turkish tourism