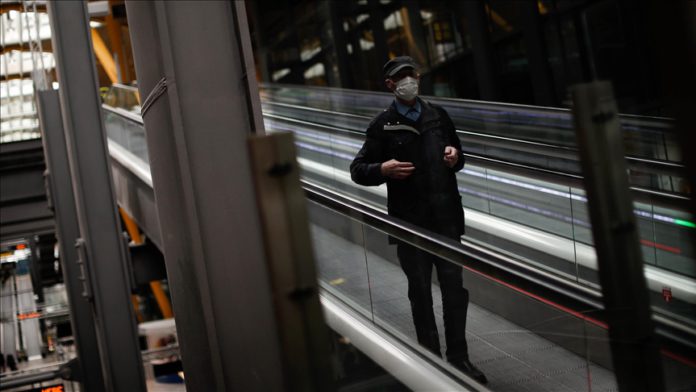 Spain announced it is restricting travel with Brazil and South Africa on Tuesday, as the country reported its highest daily COVID-19 death toll since early April.

Another 724 lives were lost to the infectious disease, according to the Health Ministry. The last time the country saw more deaths in one day was April 9, 2020.

The tragic surge in deaths came as both coronavirus infections and hospitalizations decreased.

And while active hospitalizations declined, 24% of all hospital beds and 45% of all the country’s intensive care units are still being used by COVID-19 patients.

The calculation of hospital capacity includes temporary beds, such as 14 new intensive care units that have been installed in a Catholic chapel in a Granada Hospital.

While still treating non-COVID patients, many of Spain’s hospitals, and specifically intensive care units, are operating far beyond 100% capacity.

The government announced it will suspend most travel from Brazil and South Africa from Wednesday out of concern for the new coronavirus variants, which are feared to be harder to treat and more contagious.

Spain has already detected at least one case of the South African strain.

On Monday, four travelers from Brazil tested positive in the Madrid airport, and were moved to quarantine centers. Whether they carried the variant remains to be seen.

The new flight restrictions still allow residents and citizens of Spain or Andorra to fly back from the countries in question.

Spain will also allow some travelers from those countries to fly into Spain if they stay in the airport and have less than a 24-hour layover.

Similar travel restrictions already apply to the United Kingdom, though “community transmission” of the UK variant has already detected in several areas in Spain.

Spain’s vaccination campaign continues to move along slowly, primarily bogged down by lack of supply. As many as 1.7 million doses of COVID-19 vaccines have been administered – 95% of all those received.

In total, more than 418,000 people have received both doses of the vaccines, primarily nursing home residents and health care workers.