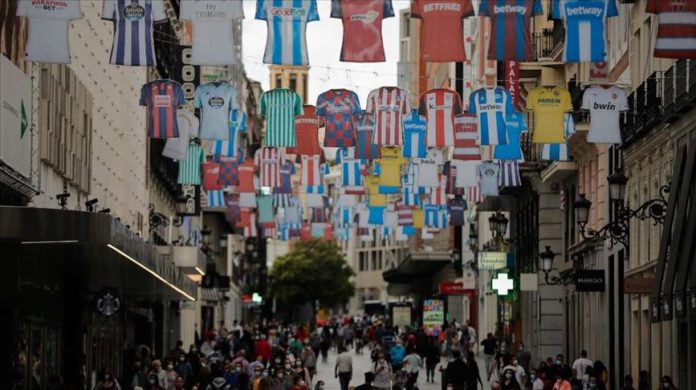 In the last two weeks, nearly 25,500 people in Spain tested positive for the disease.

Data from the Health Ministry suggests that the spread of coronavirus in Catalonia is slowing down, but areas including Madrid, Murcia and Valencia are seeing the pace of contagion pick up.

Health Minister Salvador Illa told Spanish Congress on Thursday that around 60% of all recently identified cases have been asymptomatic, and that country is carrying out an average of 42,000 polymerase chain reaction tests per day.

He also explained that the average age of infection has dropped from 63 at the beginning of the pandemic to 45.

In early spring, however, tests were reserved for people who needed hospitalization for the disease. Those patients tend to be older.

For the same reason, although the curve of new infections appears similar to that of early March, testing capacity has expanded significantly and the current situation is nowhere near as dire.

The Health Ministry confirmed that 285,430 people had tested positive for COVID-19 with a PCR, but a government-backed serological study published earlier this month estimated that around 5.2% of the country, or 2.6 million people, had really been infected.

Spain’s chief epidemiologist Fernando Simon said in a news conference on Thursday that there is no threat of overflowing hospitals in most of Spain anytime soon.

In total, 126,767 people have been hospitalized for COVID-19 in Spain since the beginning of the outbreak.

However, the hospital system in the northeastern region of Aragon is beginning to tremble.

On Wednesday, the Health Services of Aragon announced that due to the spike in COVID-19 infections, medical staff who requested vacations in August may be forced to reschedule. It also called for retired doctors under 70-years-old to lend their services.

Aragon officials also said some scheduled surgeries are being postponed in the region, which has the highest cumulative incidence of the virus in Spain at the moment, with 361.94 cases diagnosed per every 100,000 residents over the last two weeks.

Zambia to de-register half a million mobile sim cards to fight...

Turkey closes borders to 6 countries to guard against new COVID-19...