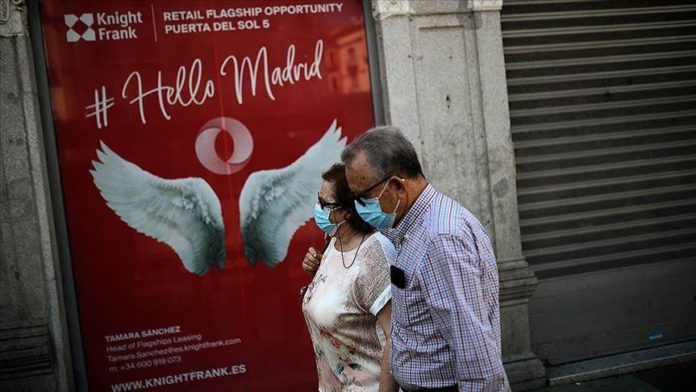 After days of steadily improving figures on the novel coronavirus pandemic, Spain on Saturday reported a slight increase in both daily deaths and infections.

The Ministry of Health confirmed that 271 people tested positive for the virus on Friday, up nearly 100 compared to the previous day.

The number of deaths over the last week also increased from 39 to 43 — the highest number since Tuesday. The country’s official COVID-19 death toll now sits at 27,125.

The Health Ministry confirmed that 51,482 healthcare workers had been infected by the disease, with at least 63 having died.

A recent survey conducted by researchers at the Complutense University of Madrid suggests that around 53% of Spain’s healthcare workers showed signs of post-traumatic stress in the wake of the crisis.

“If a feared second wave comes, we will find emotionally damaged professionals and a healthcare system without the capacity to respond,” wrote the study’s authors Lourdes Luceno Moreno and Jesus Martin Garcia.

While the level of contagion and new deaths remains low compared to April, the threat of follow-up outbreaks remains.

On Saturday, Belgian royal authorities confirmed that Prince Joachim, the nephew of the King of Belguim, tested positive for coronavirus after attending an illegal lockdown party in Spain.

According to the Spanish press, he used his diplomatic status to fly to Madrid for business but later took a high-speed train to Cordoba where he attended a private party.

The party violated the regional lockdown rules that limit the size of gatherings to 15 people.

On Friday night, all the passengers on an airplane from Madrid to Lanzarote in the Canary Islands were also forced to go into quarantine after a fellow passenger tested positive for the virus.

The man had been tested for the virus days prior, but the results came in just as he was taking the flight.

“This is a clear example of early detection,” said Spain’s chief epidemiologist Fernando Simon in a press conference.

More than 5.97 million COVID-19 cases have been reported worldwide, along with nearly 366,000 deaths and over 2.52 million people have recovered from the disease so far, according to figures compiled by the US’ Johns Hopkins University.