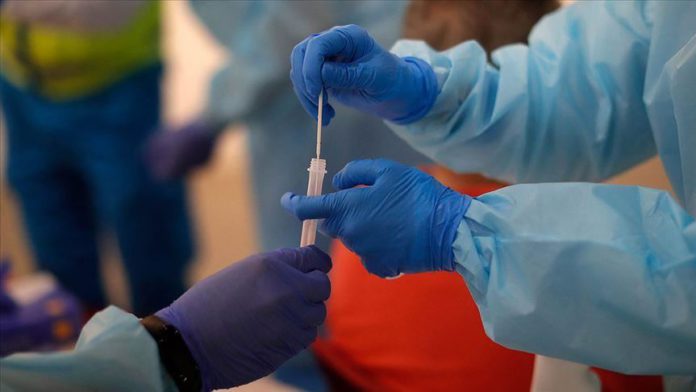 Spain shattered its previous record for daily coronavirus infections on Thursday, with the Health Ministry confirming another 20,986 cases, as the central government announced a new strategy to curb contagion.

The previous daily record was set on Wednesday, with nearly 17,000 cases.

Fernando Simon, the country’s chief epidemiologist, said on Thursday that the contagion rate is “clearly accelerating… but not as fast as in other parts of Europe, so we have a bit more time to reflect and act calmly.”

Despite the surge in cases, after a highly anticipated meeting between the central government and regional leaders, the only agreement achieved was to create an alert system with recommendations for what regional governments should do when cases and hospitalizations reach a certain threshold.

Spain’s Health Minister Salvador Illa said there was no consensus on measures adopted elsewhere in Europe like enforcing curfews.

Spain has had no alert system until now and regional governments have complete control over the measures – unless a state of emergency is activated in the region or at a national level.

The alert system consists of four levels, in which most of Spain will be classified as being in a situation of “extreme risk”.

That means that regional governments are encouraged to limit gatherings to six people, ask people to stay home and consider closing businesses at 11 p.m. (2100GMT).

Yet, the government of Madrid has been hesitant to enforce measures which could affect the economy, and the state of emergency declared by the central government in the capital region ends tomorrow.

Meanwhile, active hospitalizations jumped by 422 people on Thursday to 14,160. Nearly 12% of all hospital beds and 22% of Spain’s intensive care units are being used by COVID-19 patients.

Another 155 deaths were confirmed on Thursday, bringing the official death toll in Spain to 34,521 people.