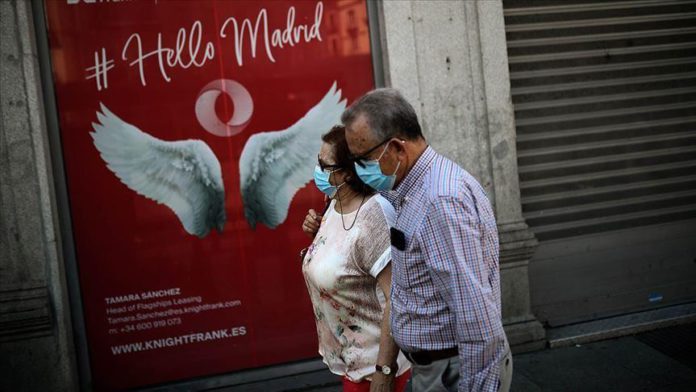 For the first time since before Spain introduced wide-reaching lockdown measures in mid-March, the country on Sunday reported less than 100 new novel coronavirus infections.

According to the country’s Ministry of Health, 96 more people tested positive for COVID-19 on Saturday, nearly 200 less than on Friday.

In total, the number of confirmed cases in Spain was reported as 239,429 — the fifth highest in the world.

In total, Spain counts 27,127 deaths from the infectious disease — up two from Saturday.

“The evolution of the virus is going much better than we had forecast,” said Spanish Prime Minister Pedro Sanchez at a press conference on Sunday.

On March 14, Spain enforced one of the strictest lockdowns in Europe. For weeks, children were not allowed outside, outdoor exercise was banned and most non-essential businesses were closed.

Ten days ago, masks were made mandatory in places where people could not guarantee two meters of space between themselves and others.

Still, Sanchez announced he would try to push through one last extension of the state of emergency, which would last until June 21.

“This one will be much lighter than before, but we need it to finish the job,” he explained.

In the final 15 days leading up to June 21, the responsibility to manage the crisis will shift from the central government to local regions.

Despite the positive figures coming from Spain’s Ministry of Health, Sanchez implored individual responsibility and attributed the country’s recent breakouts to reckless citizens.

“It’s logical to feel relieved for what we’ve achieved,” he said. “But we cannot relax. Individual responsibility is a priority.”

He also announced that if the virus continues its positive trends, mobility restrictions within the country would be lifted on July 1 — the date Spain is also set to open up to international tourism.

The pandemic has killed just over 370,000 people worldwide, with total infections reaching almost 6.1 million, while almost 2.6 million people have recovered from the disease, according to figures compiled by the US-based Johns Hopkins University.