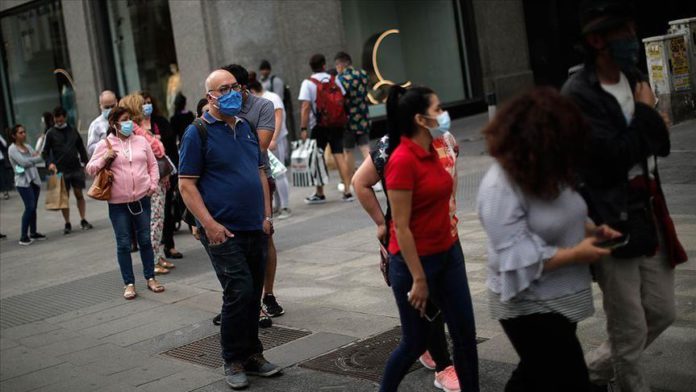 As the International Monetary Fund (IMF) published grim expectations for Spain’s economy this year, the country registered an uptick in new COVID-19 infections again on Wednesday.

The Ministry of Health confirmed 334 new COVID-19 infections, up nearly 100 from Tuesday. Two more deaths were also reported, which raised the total number of confirmed fatalities to 28,327.

Besides having one of the highest mortality and infection rates per capita in the world from the infectious disease, the IMF now predicts Spain is set to take one of the world’s biggest financial hits from the coronavirus.

Globally, the economy is predicted to contract by 4.9%.

“Spain has a large service sector dominated by small- and medium-sized enterprises, strong reliance on tourism, which has been hit very hard, and widespread use of temporary employment,” said Gerry Rice, director of the IMF’s Communications department, when asked why Spain’s economy was so vulnerable at a news conference last week.

Reopening the economy is particularly complex in Spain, as tourism accounts for around 12% of the country’s GDP but could also help spread coronavirus.

Spain’s borders opened earlier this week to European travelers, with officials saying the country will open its borders to global tourists on July 1.

While diplomats at the European level on Wednesday discuss which countries will be allowed to send their citizens to Europe this summer, it was announced that a couple who arrived in Menorca from the United States tested positive for coronavirus.

Just days into the “new normal,” four districts in the region of Huesca reinstated stricter lockdown measures earlier this week. Businesses in those districts, including already hard-hit hotels and restaurants, have been forced to adapt to the retrograde.