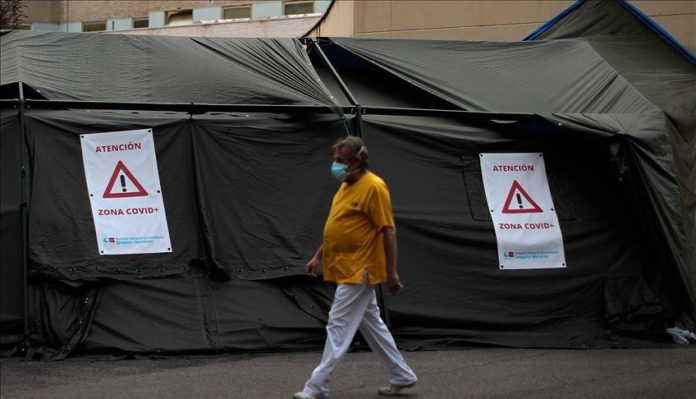 Between Friday and Monday, the country detected 21,309 new infections. For the previous weekend, the number was 17,681.

“We’re in a delicate situation. We hope there won’t be big increases, but we can’t rule them out,” chief epidemiologist Fernando Simon told a press conference on Monday.

Unlike many other European countries, most of Spain plans to relax restrictions to facilitate Christmas celebrations. The Health Ministry currently recommends pushing back curfew until 1:30 a.m. and allowing gatherings of up to 10 people on festive days.

Regional governments have also agreed to allow people to travel to see family and friends.

A vaccination campaign, which Spain’s Health Minister Salvador Illa said is likely to begin the first week of January, could also be negatively affected by a third wave that causes more infections, Simon warned.

He pointed out that the first vaccines expected to roll out in Spain will require two doses and several weeks to become fully effective.

“If people develop serious disease after receiving the first dose but before they have the expected protection, this could generate an important perception problem around the vaccine’s efficacy. That’s why it would be ideal to reduce the infection rate before then.”

Simon also warned that the number of COVID-19 patients in hospitals remains high and the healthcare system could quickly become overwhelmed if cases continue to spike.

On Monday, the Health Ministry reported a slight increase in hospitalizations for the first time in weeks. COVID-19 patients are currently using 10% of all the country’s hospital beds and 22% of intensive care units.

Despite a drop in new infections, the number of deaths has remained at a relatively high plateau over the last month. Another 389 people in Spain were reported to have lost their lives to COVID-19 this weekend, bringing the official death toll to beyond 48,000.

Meanwhile on Monday, Asturias became the last Spanish region to re-open the hospitality sector, and Catalan malls opened their doors for the first time in weeks.

Generally, restrictions across Spain have been increasingly relaxed over recent weeks, although officials announced a number of stricter conditions for the island of Mallorca that will last through the holiday season.