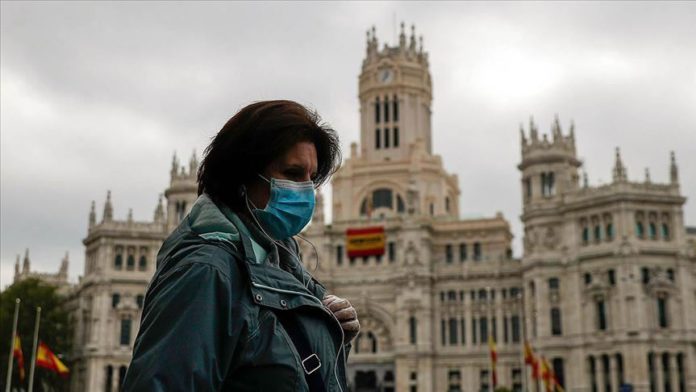 The three-day surge is up nearly 45% compared to last weekend, when the country saw around 38,000 cases.

Within the last week, active hospitalizations have increased by 3,064 COVID-19 patients. At the moment, nearly 14% of all the country’s hospital beds and 24% of its intensive care units have been dedicated to the pandemic.

Another 279 people died from the disease, according to the Health Ministry, bringing the total to 35,031.

“Our healthcare system is feeling very high levels of pressure, and some hospitals are already in critical situations,” said Spain’s chief epidemiologist Fernando Simon in a press conference.

Spain’s state of emergency came into effect on Sunday night and instated an 11.00 p.m. (2200GMT) curfew across the entire country with the exception of the Canary Islands.

Regional governments have the power to push the hour of the curfew back or forward by one hour.

On Monday, two Spanish regional governments — Aragon and Asturias — decided to take advantage of the legal powers that come with the state of emergency and limited all non-essential movement in and out of their borders.

The regions of La Rioja and Navarra have already limited non-essential incoming and outgoing travel.

Catalan health officials also told local media that they were mulling whether to enforce stay-at-home orders during the weekends.

The state of emergency is set to expire in two weeks, but Spain’s minority government hopes to extend it for six months until May 9.

The debate over the new measures is set to heat up in the Spanish Parliament this week.

“UK prime minister forces through £4B cut to foreign aid