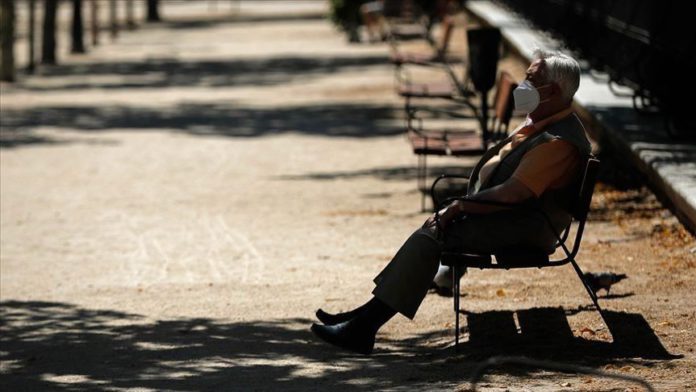 As Spain’s capital Madrid reported its first outbreak since the end of the state of emergency, while new infections in the country remained stable, reaching 442 on Friday.

Weekly infections continued to rise, reaching the highest number since June 10. According to the Ministry of Health, 2,028 new infections have been confirmed over the last seven days.

Authorities say they are finding more asymptomatic cases now than ever. Over the last seven days, 141 people had to go to the hospital for COVID-19 complications – around 7% of all new cases.

Spain’s chief epidemiologist Fernando Simon said Thursday night the average age of people with known cases has dropped significantly since early May — from around 62 years old to 50 for women, and to 47 in men.

Yet, the total number of fatalities on Friday spiked compared to previous days. A further 17 people were confirmed to have lost their lives, bringing Spain’s COVID-19 death toll to 28,385.

Meanwhile on Friday, Madrid confirmed its first outbreak since the so-called new normal began on June 21.

Five people who worked together all tested positive, according to Madrid health authorities. None have serious symptoms.

“It’s especially important to identify cases related to active contagion, with the goal of cutting the chain of transmission, improving epidemiological research and identifying and following up with close contacts,” said the region’s health officials in a press release.

Although Madrid has had no official “outbreaks” in weeks, it has identified a total of 324 COVID-19 infections over the last week – the second-highest number of cases in the country after Catalonia.

Across the country, Spanish public health authorities are warning people to avoid smoking and vaping tobacco in public.

On Thursday, the Health Ministry released a statement saying cigarette smoke or vapor “can contain high viral loads and be highly contagious.” It also warned that smoking makes people more likely to touch their mouths.

In the same vein, it reminded citizens that available evidence suggests smoking can lead to worse outcomes for those who have caught the virus.