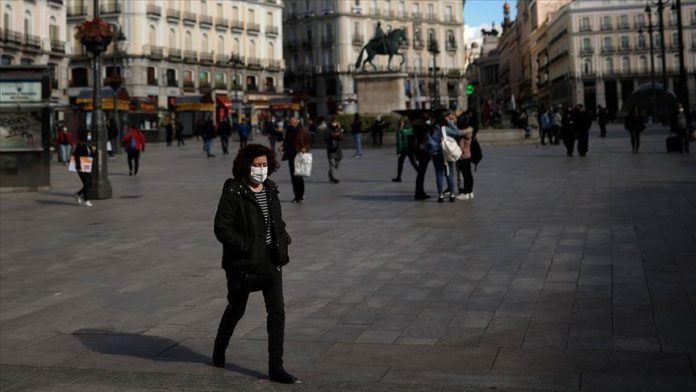 The number of confirmed deaths from the virus now sits at 39,756.

That is almost four times as many confirmed COVID-19 deaths as in Turkey, despite Spain having a population of just 47 million.

The Health Ministry confirmed close to 17,400 new infections Tuesday – down more than 1,000 compared to last Tuesday.

The number of new cases suggests a slow downward trend in infections as a result of new containment measures.

There is a varied patchwork of measures to contain the spread of the virus. Everywhere except the Canary Islands has a curfew, ranging from 10 p.m. local time (2200GMT) to midnight (0000GMT). Several regions have also moved to close bars and restaurants, while most have limited non-essential movement in and out of borders.

The number of active hospitalizations also dropped slightly Tuesday, although 32% of all available intensive care units in the country remain occupied by COVID-19 patients.

Some regions, like Madrid, have seen a marked improvement in hospitalizations, yet others are facing a historically critical situation.

A hospital in Burgos canceled all surgeries, including cancer surgeries Tuesday, due to overflow. In Asturias, hospitals are expanding into parking lots and gymnasiums.

Health Minister Salvador Illa told Spanish Television (TVE) that he expects the Pfizer vaccine to be available to 10 million Spaniards – almost a quarter of the population – by January. He said it will be free of charge.