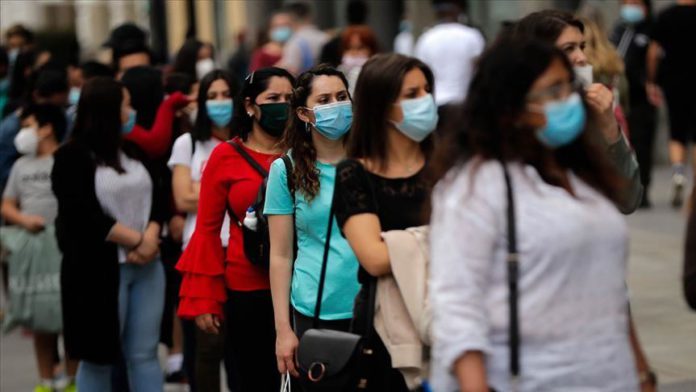 The total number of confirmed COVID-19 cases in Spain jumped up by 396 on Saturday to 234,605 as doctors took to the streets in white coats across the country to demand better working conditions.

On Friday alone, 130 more cases were diagnosed, according to data released Saturday by the Health Ministry. The daily number is down from 155 on Thursday but up from early in the week when daily cases were below 100.

Health officials are now investigating the spread of the virus at a meat processing plant in Girona, Catalonia, where 31 related people have tested positive for the disease.

Officials say the outbreak is now under control but insist that residents must “keep up their guard” as the region prepares to relax lockdown measures on Monday.

The Health Ministry continues to report a total of 27,136 deaths, but Spain’s chief epidemiologist admitted weeks ago the total was frozen and said it will be updated “soon”.

Since May 26, Spain’s total death toll has only increased by 19, although the Health Ministry reports that 27 people have died of the disease in the last week.

Meanwhile, thousands of doctors in cities across Spain took to the streets wearing white coats to protest their working conditions.

“We say enough to the powerlessness we experienced during the pandemic, when we did not receive the information, training or protective material needed to do our jobs safely.”

Earlier this month, a sanitary workers union, IASS, in Aragon won a lawsuit against the regional government after the court found officials put health care workers at risk by failing to provide enough protective equipment.

Dozens of similar legal battles are ongoing throughout the country.

The novel coronavirus has infected at least 51,849 health care workers in Spain.

Biden: Returning to Iran deal could avert ME arms race