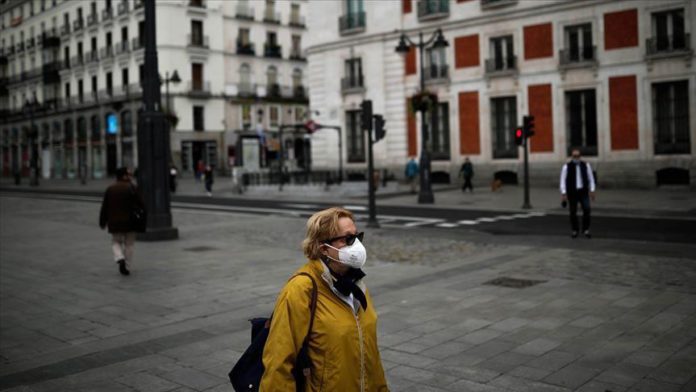 Spain on Thursday registered a slight rise in the coronavirus cases and deaths in the country.

According to health authorities, there were 217 new deaths from the coronavirus and 506 new cases in the country.

In the past three days, Spain had seen less than 450 new infections and under 200 deaths.

Spain has been under a strict lockdown since mid-March, but restrictions have been relaxed in recent weeks.

In half of the country, outdoor terraces and small shops opened on Monday. Throughout Spain, children and adults have been allowed to go out for exercise and some non-essential businesses have also opened.

According to official statistics, the reproduction rate of the virus in Spain is currently at 0.77, meaning each infected person on average infects less than one other person.

For the fourth night in a row, anti-government protesters took to the streets in Madrid’s Salamanca district – one of the country’s wealthiest neighborhoods.

Defying measures to stem the spread of COVID-19, around 100 people gathered to call for freedom and denounce the Spanish government’s handling of the pandemic.

Madrid remains under a stricter lockdown than other parts of the country.

Turkey serves as beacon for world solidarity amid virus