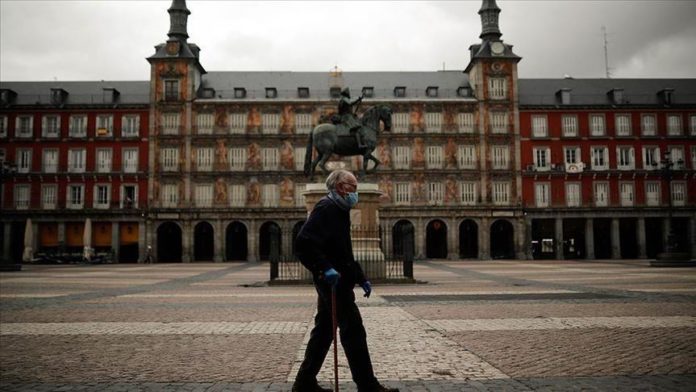 Spain saw new infections jumped up for the fourth day in a row on Friday, with the health authorities confirming 419 new COVID-19 cases.

A total of 247,905 people have been confirmed to have the disease in Spain so far, according to the Health Ministry.

The majority of new cases were detected in Aragon, Madrid, Catalonia, and Andalusia.

On Thursday night, Spain’s chief epidemiologist Fernando Simon said there were around 40 outbreaks in Spain, and around 12 of them were particularly worrisome.

“The fact that we’re talking about isolated outbreaks and not community transmission means we’re still doing fine,” said Simon at a news conference.

The biggest outbreak continues to occur in the province of Huesca in Northeast Spain. Earlier in the week, local authorities reinstated some of the lockdown measures like smaller gatherings and limited occupancy.

According to the Health Ministry, 91% of all suspected cases are currently being tested. That is a massive improvement from months ago when only those who needed hospitalization were able to get tested.

The ministry also reported the highest number of deaths in a day in weeks. Eight more people were confirmed to have died, bringing the total number of lives lost to 28,338.

The consequences of the so-called new normality in Spain and its open borders to other EU countries is yet to be seen, experts say, as the numbers tend to reflect contagions from between one and two weeks ago.

This is the first weekend that Spain has allowed free circulation within its borders, and traffic jams have already been reported outside of Madrid as thousands travel toward the coast and other holiday spots.

July 4, 2020
By Olarewaju Kola MAIDUGURI, Nigeria The UN on Saturday condemned a Boko Haram terror attack on civilians in a town in northeast Borno State that killed...

July 4, 2020
BERLIN As the European Union has kept travel restrictions on Turkey even though most of its active cases were discharged from hospitals following recovery, recent...