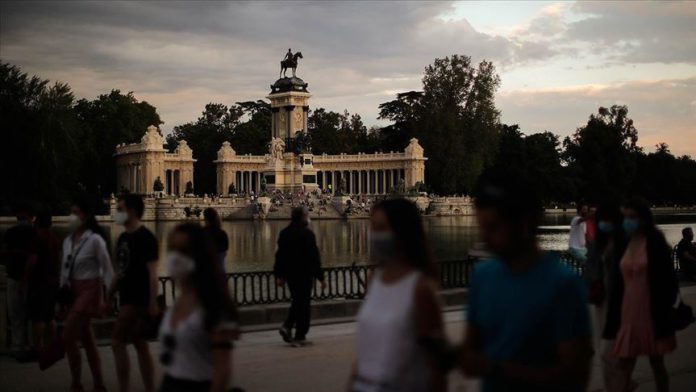 Under a new reporting system, Spain on Tuesday said that 35 deaths from COVID-19 had been confirmed in the country over the last seven days.

If the new Health Ministry data bears out under comparison, the figure would make Spain one of Europe’s most successful countries in controlling the virus.

This week the ministry updated the way it reports coronavirus data to give confirmed deaths, not just notified ones. It also revised Spain’s total death toll, which now stands at 27,117 – down from the nearly 29,000 reported this weekend.

Previously, he said, Spain’s daily death numbers were related to notifications – but the notifications could have come days or even weeks after the death took place. So the country is now opting to report only the number of new deaths confirmed, not just notified, within the last week.

On Monday, the Health Ministry reported 50 confirmed deaths over the last seven days – 15 more than Tuesday.

Despite the relatively positive numbers, the country’s pension figures painted a grim picture of the toll the virus has taken on Spain’s retired population.

The country’s pension bill fell 0.27%, according to the Social Security Ministry – an unprecedented drop. There were 38,500 fewer people collecting the benefit in May than in April.

The drop in pensioner numbers is most likely due to a combination of high mortality in the senior population combined with the closure of social security offices.

On Tuesday, Spain reported 194 more cases diagnosed in the last 24 hours. In total, 236,259 cases have been confirmed.

The Health Ministry no longer provides data related to how many people have recovered.

Spain has gone from having one of the strictest lockdowns in the world to a gradual reopening. The country’s government is now trying to salvage the summer tourism season.

On Monday, the country announced it would lift the quarantine for incoming visitors on July 1.

“Mark the date on your calendar and start planning your visit,” tweeted Spain’s official tourism body. “Spain misses you. Come, we’re waiting for you.”