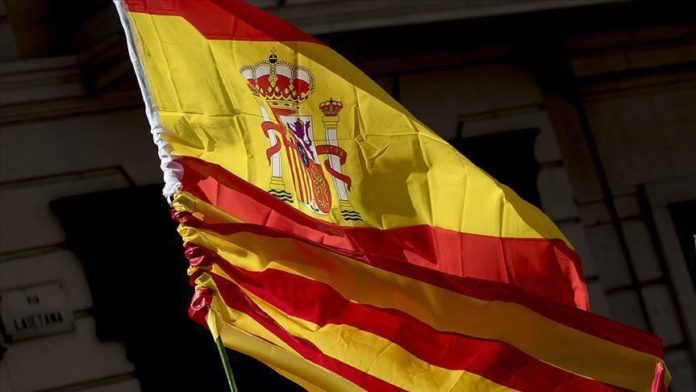 On Aug. 5, 1939, just four months after the Spanish Civil War came to an end, the bullets of a Francoist firing squad killing more than 50 prisoners could be heard in what’s now the Almudena Cemetery of Madrid.

Among the executed were 13 young women, between the ages of 18 and 29, charged with being part of the rebellion.

They later became known as the 13 roses, and a symbol of the fight against Francisco Franco’s fascist regime.

The excuse for their execution was a “non-existent plot to murder Franco,” according to historian Paul Preston.

Yet, he argues that the young women were used as scapegoats for the murder of a Francoist police officer, even though they were all in prison at the time the police officer, and his daughter, were killed by members of the resistance.

Most of the women had been originally imprisoned for having signed up to the Unified Socialist Youth group, while some were just linked to others with ties to the opposition.

“Mom, brothers and sisters, I ask that you don’t cry a day for me. They are killing me though I’m innocent but I’m dying as an innocent person should. Mommy, I’ll meet my brother and father on the other side… I hope my name won’t be erased from history,” wrote 19-year-old Julia Consesa to her family shortly before she was executed.

While the story was heavily propagandized and later repressed in Spain, Ève Curie, the daughter of Marie Curie, led large protests in France about their murder, shining a light on the brutality of the Francoist regime to the international community.

Exactly 81 years later, the anniversary of their execution was commemorated by some of Spain’s highest-ranking politicians.

“The 13 Roses are now a symbol of the fight for justice and freedom. Their names will never be erased from history,” tweeted Spanish Prime Minister Pedro Sanchez on Wednesday.

Pablo Iglesias, Spain’s second deputy prime minister, echoed Sanchez, saying “they will accompany us in every step forward in our democracy.”

After Franco’s death in 1975, Spain transitioned into a democracy. But during the transition, there was a tacit agreement to move forward without examining the injustices of the past too closely.

But in recent years, the push to recover the country’s historic memory has been gaining momentum. Late last year, Franco was even exhumed from the massive mausoleum that held his body and celebrated his life.

The story of the women was first popularized in a 2003 novel by Jesus Ferrero, and became even better known after the release of the 2007 film 13 Roses.

A few monuments of the Spanish Civil War have been erected in their memory in recent years. One, located in the area of Mostoles in Madrid, has been desecrated at least three times by far-right vandals.