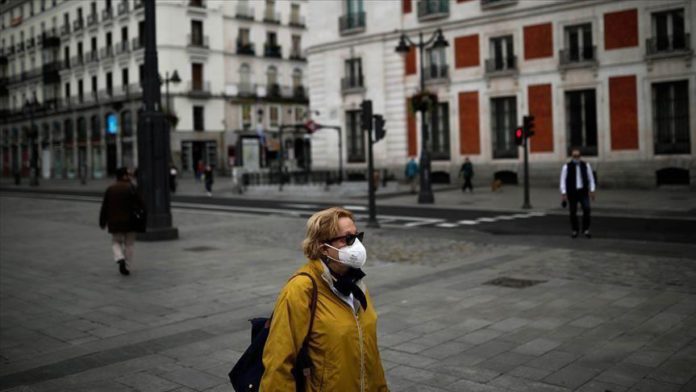 Much of Spain relaxed lockdown measures on Monday as the country reported the fewest daily deaths since mid-March.

The Health Ministry registered 59 more COVID-19 fatalities on Monday — the lowest daily number in more than two months. It is also the second day in a row that Spain counted less than 100 deaths from the disease.

The country also saw new infections drop to 285, bringing the total number of confirmed cases to 231,606.

The latest available data showed the reproduction rate of the virus in Spain was at 0.76 on Saturday — in other words, each contagious person is infecting, on average, less than one person.

As of today, several Spanish regions including Valencia and Malaga can now open small shops and outdoor bar and restaurant terraces. Groups of up to 10 people may also gather in public or private spaces.

Approximately 70% of Spain’s population is now in this scenario.

Although Madrid and Barcelona remain in the first of four phases, some small shops in the major cities are now able to open to the public. Terraces remain closed and social gatherings are still banned.

Anti-government protests continued across the country again on Sunday night. Madrid has seen the largest protests, where demonstrators call for the government to step down and to allow the capital region to ease the lockdown.

This week, Prime Minister Pedro Sanchez will ask the parliament to extend the country’s state of emergency until late June.