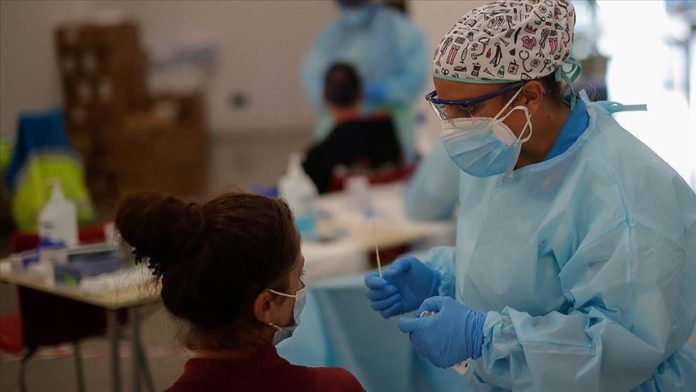 Spain on Thursday reported the highest jump in new COVID-19 deaths since late April, with the Health Ministry confirming 368 more lives were lost to the disease.

The death toll in the country now stands at nearly 38,500.

The daily deaths remain far from the peak during spring, when as many as 950 people died in a day, but parts of the country that were relatively spared during the first wave are now reporting record number of deaths.

On Thursday, both Asturias and Murcia tallied the highest number of daily deaths since the pandemic began, while Andalusia broke its record for the second wave and has now reported more deaths in the last week than any other part of Spain.

Madrid, on the other hand, which was devastated in both spring and early fall, has managed to bring down new infections to below the Spanish average.

Madrid’s widespread use of rapid testing has been cited as one of the tools that helped it curb the virus spread without having to resort to a full lockdown.

Nationally, Spain reported close to 22,000 new infections on Thursday, down over 1,500 from a week ago.

Active hospitalizations remained relatively stable nationwide, although 16% of all hospital beds and 29% of all intensive care units in the country are still dedicated to treating COVID-19.

In a speech in Valencia on Thursday, Spanish Prime Minister Pedro Sanchez called for “collective discipline” until May, which is when Spain’s state of emergency is set to expire.

“That’s the timeframe that the experts say will get us through the most critical part of the pandemic. And when these six months are over, vaccines campaigns could be ready, along with a change in weather.”

Al-Shabaab kills 3 Americans in attack on Kenya base