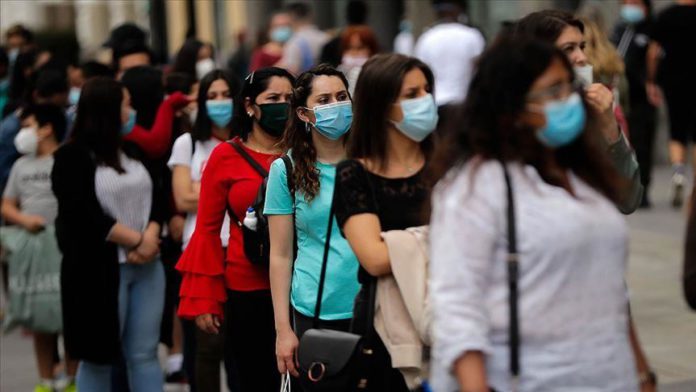 The spread of COVID-19 in post-lockdown Spain continues to increase unabated, with the Ministry of Health registering 1,362 new cases on Tuesday.

In the last week, the country has registered 8,754 new COVID-19 infections — the highest weekly rate since the Ministry of Health changed its method of reporting cases in mid-May.

The weekly contagion is nearly two times higher than it was just seven days ago, triggering worries of a second wave.

At the same time, the number of hospitalizations in the last week has jumped to 268 — up from 176 one week ago.

The worst-hit regions of Catalonia and Aragon have taken local measures to stop the virus’ spread — including reducing maximum capacity in public spaces.

Residents of Barcelona and other Catalan municipalities have been “strongly recommended” to stay home, but are not legally obliged to do so.

Likewise, people in the city of Zaragoza have been asked not to leave town, but it is not a legally enforceable measure.

Also on Tuesday, the Barcelona government announced it would reduce the maximum occupancy of the city’s 10 beaches by 15%, reducing their capacity from 38,000 people to 32,000 people.

Masks are now mandatory in nearly all public spaces in Spain, with the exception of Madrid and the Canary Islands, where they are only required when social distance cannot be maintained.

Politicians in Catalonia and Aragon have admitted that there is currently a lack of contact tracers, which partially allowed the virus to begin spreading out of control.

According to Helena Legido-Quigley, an expert in health systems at the London School of Hygiene and Tropical Medicine, Spain should have at least 12,000 contact tracers, but there are currently around just 2,000 employed.

“It’s the best investment we could make,” she told the Spanish newspaper El Pais.

Residents of Madrid, like the journalist Beatriz Correal, have also confirmed that contact tracers are taking days to reach out to close contacts of people who tested positive. Later, those who were exposed have to wait as much as a week longer to get a test.