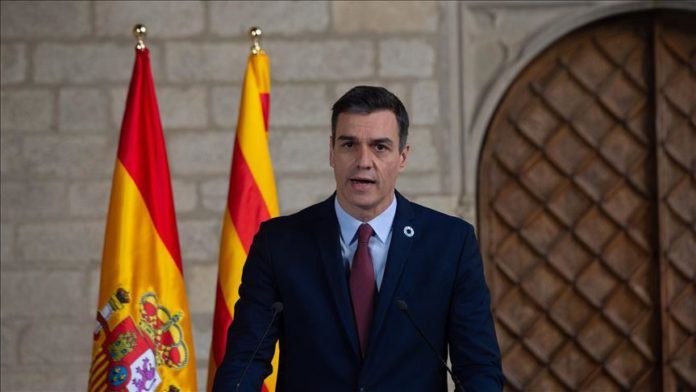 Spain’s prime minister Friday said the real number of coronavirus infections in Spain is “beyond 3 million.”

Although the country has been detecting a record number of daily cases – nearly 21,000 on Thursday alone – Pedro Sanchez said the increase is due to more testing now than during the first wave.

At the beginning of the pandemic, Spain was reporting fewer than 10% of cases, whereas now around seven out of 10 are detected, he said in a televised speech.

A study looking at antibodies against the coronavirus, published in June, found that around 5.2% of Spain’s population – around 2.4 million people – were infected during the first wave. The number of confirmed cases at that time was just around 240,000.

And although official cases have ballooned since then to above 1 million, Sanchez said: “The first wave cannot be compared to the second.”
If the country has been detecting 70% of cases since the latest antibody study, it would mean around 1.3 million more people have been infected with the virus since early June.

Even so, Spain is still is nowhere close to anything resembling herd immunity, with likely around 12% of the country now having contracted the virus.

The capital Madrid, where around 10% of the population had antibodies after the first wave, is again one of the epicenters of the pandemic in the second wave.

Reaching this level of infection has led to the deaths of 34,521 people in Spain, according to the Health Ministry.

Yet the death toll only includes people who tested positive for COVID-19, and testing was sparse in the early months. Official excess mortality statistics may paint a more realistic picture, suggesting that the pandemic could have claimed around 57,000 lives in Spain – either directly or indirectly due to causes like hospital collapse.

The vast majority of those excess deaths occurred in March and April, though they have been growing again in recent weeks.

Despite the differences between the first and second wave, Sanchez said the current situation is “very serious.”

He called on people to limit social contacts and said regional governments will begin “intensifying measures” to curb the contagion, while trying to limit economic pain and individual restrictions as much as possible.

“The coming months are going to be tough, very tough. We want to avoid another lockdown where everyone is forced to stay home, and for that to occur, everyone must be extremely disciplined,” said Sanchez.

Turkey hails US removal of Sudan from terrorism list