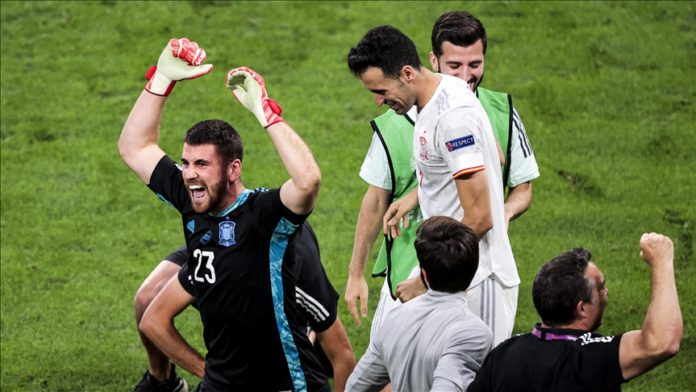 Switzerland took on Spain in the first UEFA EURO 2020 quarterfinals on Friday.

The game started fairly slow until Jordi Alba’s strike deflected off Denis Zakaria that brought an early lead to Spain in the eighth minute in Saint Petersburg Stadium.

Spain missed the chance to make it 2-0 with Koke’s near-miss freekick shot in the 17th minute.

The Fighting Bulls missed another chance as Cesar Azpilicueta headed the ball to the hands of Swiss goalie Yann Sommer in the 25th minute.

The referee ended a slow-paced first half with this score.

Switzerland seemed more effective in the second half.

The Swiss seemed more hopeful for a win until they are down to 10 men as Remo Freuler was shown a red card in the 77th minute.

Spain played more attacking after the red card but could not score the winning goal against their 10-men opponents.

In the extra time, Spain continued their attacking play.

They could not manage to break the tight defense of the Red Crosses in the extra time and the match went to penalties.

The former world and European champions will face Belgium or Italy in the semifinals on July 6.