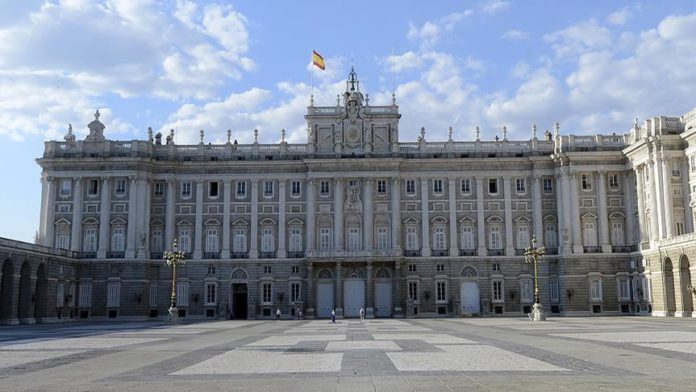 The pressure is mounting on Spain’s monarchy after former King Juan Carlos on Tuesday announced he was leaving the country amid corruption allegations.

Quim Torra, president of Catalonia, said the former king “fled” the country with the help of the government, “casting doubt on the commitment of the government and Felipe VI to fight corruption.”

He called on Felipe VI, the son of Juan Carlos and current Spanish king, to “abdicate immediately.”

Felipe VI was made king in 2014 when Juan Carlos stepped down after being caught up in a scandal related to an elephant-hunting safari he took in the midst of the financial crisis.

Reacting to the news on Monday, Ada Colau, the left-wing mayor of Barcelona, called for a referendum on the Spanish monarchy.

“Not a single motive exists to continue paying for a monarchy that lacks even the most basic ethical values in a country that has gone through successive economic and social crises,” read a statement from the Unidas Podemos party, which makes up half of Spain’s ruling coalition government.

“We believe that this opens up the idea of a plurinational republic,” the statement added.

In June, the prosecutor of Spain’s Supreme Court announced it was investigating the role of Juan Carlos in a potential kickback scheme related to the construction of a high-speed rail line in Saudi Arabia.

Swiss prosecutors are also looking into a number of Juan Carlos’s accounts and close colleagues. Media reports that the investigators have documents showing Juan Carlos received a $100 million donation from the king of Saudi Arabia.

Spanish Prime Minister Pedro Sanchez, however, went against his coalition partners and insisted on the need for stability in Spain.

“We should judge the person, not the institution,” Sanchez said in a press conference on Tuesday, adding that he does not know the former king’s current whereabouts.

“The allegedly corrupt ex-head of state has fled our country and the only thing the prime minister has to say is that it’s great that he left and that conversations are confidential. Shame. People are going hungry while the emeritus is on a golden retirement,” she tweeted.

Spanish media speculate that Juan Carlos is currently in the Dominican Republic, while others suggest he is in Portugal.

Meanwhile, at the King Juan Carlos University of Madrid, students have collected over 22,000 signatures to change the university’s name.

The local government in the city of Gijon in Asturias also announced it would change the name of Juan Carlos I Avenue, as he “doesn’t represent the institutional, moral, and democratic values of our society,” according to the government spokesperson.

Small protests have been ongoing in Spain since the most recent corruption scandal broke in early March. At the beginning of the pandemic, hundreds of thousands of confined Spaniards banged pots and pans out of their windows in protest against Spain’s monarchy.

After the first story broke, Felipe VI acted quickly to distance himself from his father, renouncing all of his inheritance and cutting Juan Carlos off from his annual allowance of nearly €200,000 ($235,000).

On Monday, Felipe VI said he “respected” and was “grateful” for his father’s decision to leave.