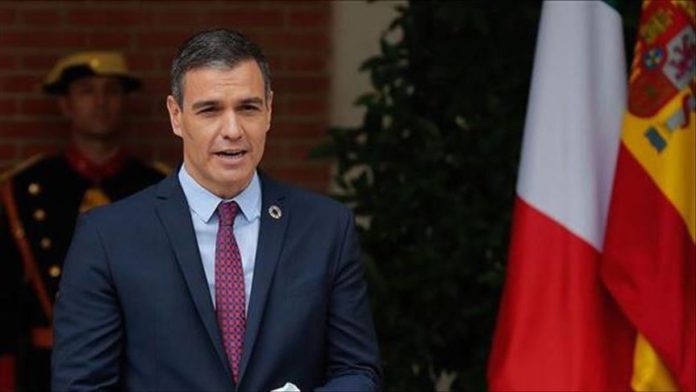 Spanish Prime Minister Pedro Sanchez outlined his three-year plan for Spain’s ailing economy on Wednesday, which will mobilize €72 billion ($84 billion) in the hope of modernizing the country and recovering from the steepest GDP drops on record.

At a news conference, Sanchez explained some of the projects, which include modernizing the bureaucracy, promoting the use of electric vehicles, making Spain a leader in renewable energy, boosting early child care and expanding high-speed internet access to the entire population.

He expects the projects to create 800,000 jobs over the next three years.

Sanchez also announced that the upcoming annual budget will include €27 billion worth of spending.

Spain has not passed a budget since 2018, and the current minority coalition government is still in the phase of negotiation with other parties to get this one passed in parliament.

Historically, Spain has had trouble spending European Union funds, and it is now eligible to receive a historic €140 billion in loans in grants as part of the COVID-19 recovery package.

“This is a unique opportunity for our country,” said Sanchez at the news conference on Wednesday. “It is not just about recovering GDP, it is about growing in a different way.”

The International Monetary Fund expects Spain’s GDP to contract by 12.8% this year and says recovery will depend heavily on the epidemiological situation, which is currently one of the world’s worst in terms of new contagions per capita.