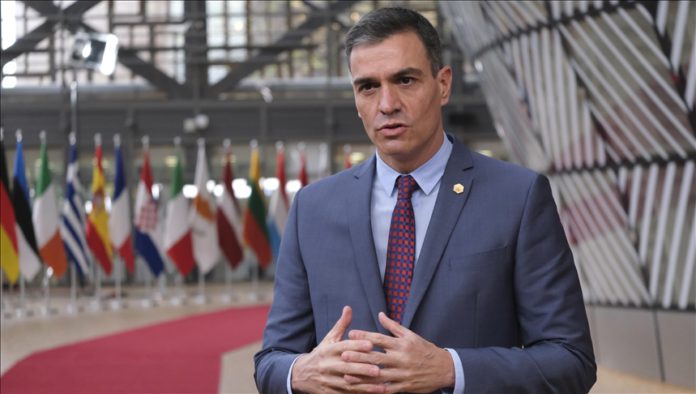 The Spanish prime minister on Wednesday urged the EU for a “constructive dialogue” with Turkey amid recent tensions in the Eastern Mediterranean.

In a speech to inform the Spanish parliament about the Dec. 10-11 EU leaders summit, Pedro Sanchez said: “We need to hold constructive dialogue, and establish a constructive agenda with Turkey under the leadership of the EU high representative [Josep Borrell] and the EU Commission.”

But, at the same time, he added, it realizes the fact that Turkey is a NATO member, with whom they have relations in a range of areas, including Syria, Libya and the migration crisis.

Last week, the EU announced it has decided to impose new limited sanctions on Turkish individuals, in light of Turkey’s energy exploration activities in the Eastern Mediterranean.

Despite proposals tabled by Greece and the Greek Cypriot administration to introduce severe economic sanctions and an arms embargo on Turkey, a majority of European leaders opposed harsher measures and advocated a softer line.

The leaders instructed EU’s top diplomat Josep Borrell to prepare a report on the state of play of EU-Turkey political, economic, and trade relations, and “on options how to proceed” in relations.

They said that the report will be discussed at their next summit in March 2021, or earlier if necessary.

Greece and the Greek Cypriot administration have long been at odds with Turkey over maritime claims in the Eastern Mediterranean.

Ankara has rejected maritime boundary claims of these EU members, saying they violate the sovereign rights of both Turkey and the Turkish Cypriots.

In recent months, Turkey has sent several drillships to explore for energy resources in the region, asserting Turkey’s rights, as well as those of the Turkish Republic of Northern Cyprus.

Turkish leaders have repeatedly called for resolving all outstanding problems in the region on the basis of international law, and through dialogue and negotaiations.