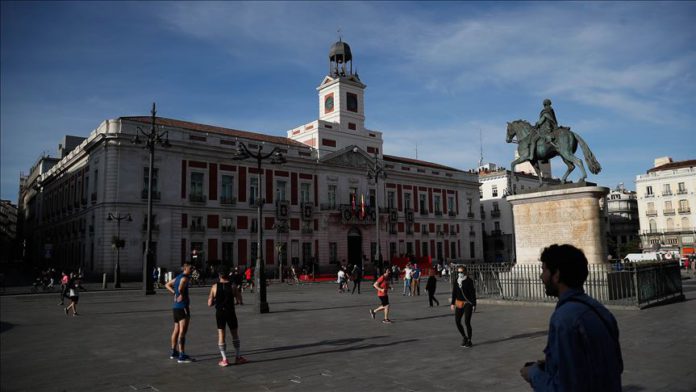 As politicians fiercely debate extending the country’s state of emergency for another two weeks, Spain registered another 244 deaths from coronavirus and 685 new infections on Wednesday.

The number of fatalities is the highest it’s been since Saturday, but confirmed new contagions fell by around 200 compared to yesterday.

As the number of deaths and new infections remain relatively low, Spanish Prime Minister Pedro Sanchez is in the parliament today seeking another two-week extension to the country’s state of alarm, which has been in effect since March 14.

“Taking away the state of alarm would be an absolute mistake,” said Sanchez on Wednesday morning, adding: “We need more weeks with limitations to guarantee the health of our people.”

But a rising number of parties have announced they will vote against it or abstain.

Spain’s state of alarm is set to expire on May 9. It can only be prolonged by a maximum of 15 days.

“Only Hungry, Poland and Spain have called a state of emergency without a clear exit date,” said Pablo Casado, the leader of the Popular Party, and added “It made sense at the beginning… but it can’t continue indefinitely.”

For the first time, Casado has announced the Popular Party would not support the extension.

The Popular Party now joins Catalan and Basque separatist parties and the far-right party Vox in opposition to the Spanish government’s request to extend the state of alarm.

Yet, after the governing coalition stuck last minute deals with the center-right party Ciudadanos and the Basque Nationalist Party (PNV), the motion to extend the state of alarm is set to be extended in today’s vote.

The Spanish government has tied some financial help and mobility limitations to the state of emergency. Sanchez has said he aims to extend it until the de-escalation process is finished, which, at the earliest will be late June.