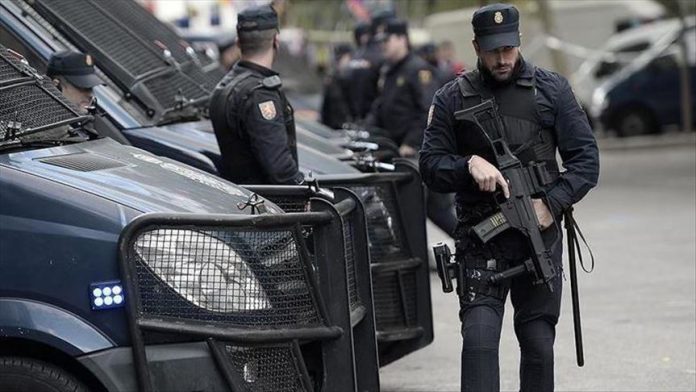 Catalan police announced Tuesday that they have arrested a suspect linked to a series of gruesome murders targeting homeless people in central Barcelona since the beginning of the lockdown.

Late last night, a man was found beaten to death on the streets in Barcelona’s Eixample district. Hours later, the police say, they arrested the suspect.

Since Spain’s lockdown, which began on March 14, four people living on the streets in the same neighborhood have been brutally killed.

“The detainee’s relationship with the deaths of other homeless people in Barcelona in recent weeks is currently being investigated,” said the police statement.

The first murder of a homeless person in Eixample was recorded on March 19. Three more were registered in April.

Eixample, a trendy district in downtown Barcelona, is home to the famous Sagrada Familia basilica.

The suspect is a 35-year-old man from Brazil who lives in a caravan parked in a forest outside the city, reports local daily La Vanguardia.

The suspect has not confessed but, according to the newspaper, “investigators have no doubt that he’s the same man who can be seen in CCTV footage captured at the scenes of the other crimes.”

Hyundai acquires 80% of Boston Dynamics for $1.1B

‘We remain engaged in Afghanistan despite troop withdrawal,’ says US secretary...