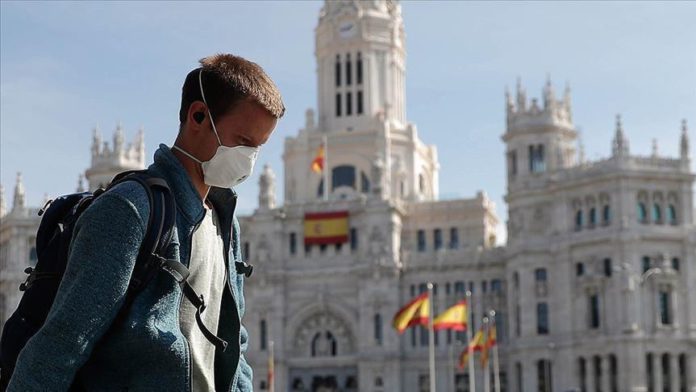 Parties and nightclubs stand accused for surging COVID-19 cases in Spain, with the Health Ministry on Monday reporting 4,581 new cases since Friday, the highest two-day spike since late April.

The number of weekend cases has doubled each weekend this month, moving from around 1,000 in early July to 2,000 two weekends ago and now 4,500 – demonstrating a clear upward trend in contagions.

For the moment, deaths remain nearly flat, with just two more fatalities reported over the weekend, but deaths are a lagging indicator.

Around half of the more than 200 ongoing outbreaks can be traced back to gatherings and celebrations with friends and families, according to Barcelona daily La Vanguardia.

Nightclubs are considered especially risky as they often involve lowered inhibitions, poor ventilation, and crowds, combined with a lack of masks and social distancing.

In one of Spain’s largest outbreaks, which is still growing, 83 people tested positive after around 400 students attended a party nightclub in the Andalusian city of Cordoba, according to the local health authority.

On Monday, Manuel Villegas, director of public health of Murcia, announced the southern Spanish region would ban indoor bars and nightclubs, calling nightlife “one of the most dangerous activities at a local and national level.”

Parts of Catalonia, including Barcelona, have also moved to shut down nightlife, which a local hospitality association says puts 37,000 jobs at risk. The Mediterranean island of Mallorca has also shut down bars related to uncontrolled booze tourism.

Catalonia and Aragon remain the worst-affected places in Spain for the moment.

Authorities are recommending that the public in several areas, including the capital cities Barcelona and Zaragoza, not leave the cities and instead stay home whenever possible.

But based on images from the streets, traffic, and the number of people at beaches, the recommendations are being largely ignored.

Over the weekend, French Prime Minister Jean Castex said he was not ruling out closing the border over outbreaks in northeastern Spain.

Besides social gatherings, migrant workers have also been involved in several large outbreaks.

They come from around the world to labor in Spain’s agricultural sector, but often live in unhygienic, cramped conditions which Philip Alston, UN special rapporteur on extreme poverty, earlier this year called “inhumane,” saying the conditions “rival the worst I’ve seen anywhere in the world.”

Their temporary settlements often lack running water and the ability to socially distance.

January 9, 2020
We use cookies to ensure that we give you the best experience on our website. If you continue to use this site we will assume that you are happy with it.Ok