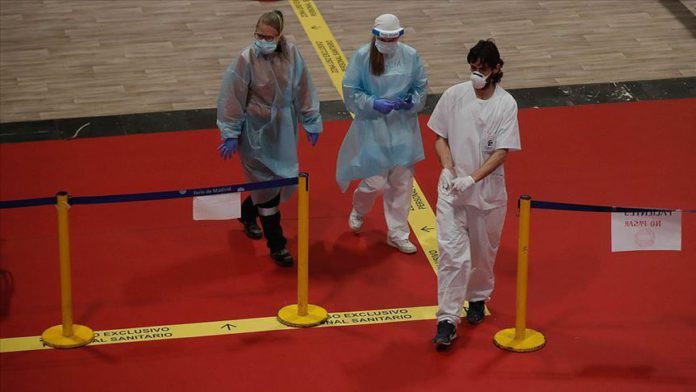 With a total of 24,275 coronavirus deaths as of Wednesday and after a six-and-a-half-week lockdown –one of the world’s strictest — Spain is now preparing to ease restrictive social distancing measures.

On Wednesday, Spain’s Health Ministry reported 325 more COVID-19 deaths, slightly up from Tuesday. Yet, this is the sixth day in a row that the country has reported fewer than 400 daily deaths.

Spain also continues to register more recoveries than new active infections. A record 6,399 more people were reported as recovered today, bringing the total to 108,947. More than 2,100 new infections were also confirmed, bringing that total to 212,917 — the second highest in the world.

“The evolution of the virus continues to be very favorable, it is progressing how we hoped it would,” said Fernando Simon, Spain’s chief epidemiologist, in a press conference on Wednesday.

Most of Spain will officially enter phase zero on May 4, which will allow for individual outdoor sports activities and some small businesses to begin limited activity. Four Spanish islands will move directly into phase 1.

Phase one will allow some social activity and the ability to move within the same province. Spain’s famous outdoor terraces will be allowed to open, but only at a 30% capacity. Places of worship will also be limited to 30%. Hotels will open, but common areas like restaurants will remain closed.

If a province meets the criteria, it could move into phase two as early as June 1. At that time, restaurants, theaters and cultural activities could resume operations, but with limited capacity. Fishing and hunting will be permitted and some educational centers can reopen.

Elementary and high schools will remain closed until September.

In the final phase, some restrictions on businesses, mobility and restaurants will be eased. Active tourist groups will be allowed to operate and beaches will be open, but only to local residents. That would last for two more weeks until June 29.

From there, if all goes well, the province could move into a situation of “new normality,” in the words of Sanchez. What that will look like is still to be determined.

Over 100 naval crew of UK flotilla hit by COVID-19