TurkishPress
Home News Spain 'one step away from victory' over virus: Premier 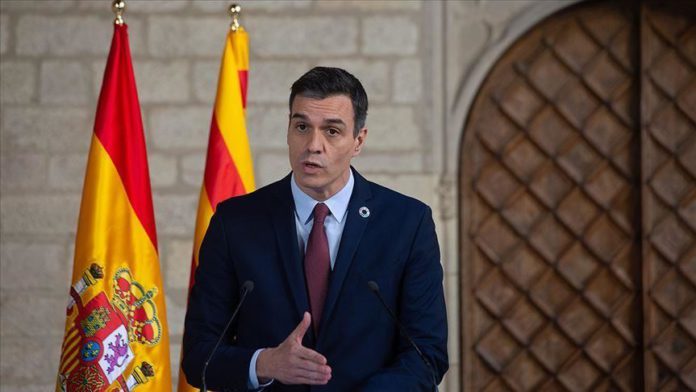 Spain’s prime minister claimed the country is “one step away from victory” against coronavirus on Saturday, as the country counted 48 more COVID-19 deaths.

Every day for the last week, the country has counted fewer than 100 daily COVID-19 deaths – a situation unseen since early March.

A total of 28,678 people are confirmed to have died from the disease in Spain, according to the Health Ministry.

In a televised press conference Saturday, Prime Minister Pedro Sanchez said “the worst has passed. We are touching the light at the end of the tunnel with our fingertips.”

He also warned the country to remember that “the virus is still lurking.”

On Saturday, the Health Ministry confirmed 361 new contagions – bringing the total number of COVID-19 cases to 235,290.

Sanchez announced that next Tuesday the country will enter an official 10-day period of mourning for the victims of COVID-19.

He also said professional football matches will begin again on June 8 and that the country will be open for both national and international tourism this summer.

Earlier in the day, thousands of protestors in cars took part in demonstrations across the country organized by the far-right Vox party.

The protests caused large jams, bringing traffic in downtown Madrid to a halt.

“Thousands of vehicles have taken to the streets against this government of death and ruin to demand justice,” tweeted Vox leader Santiago Abascal.

Protestors on foot continue to hold nightly protests calling for the current government to resign.