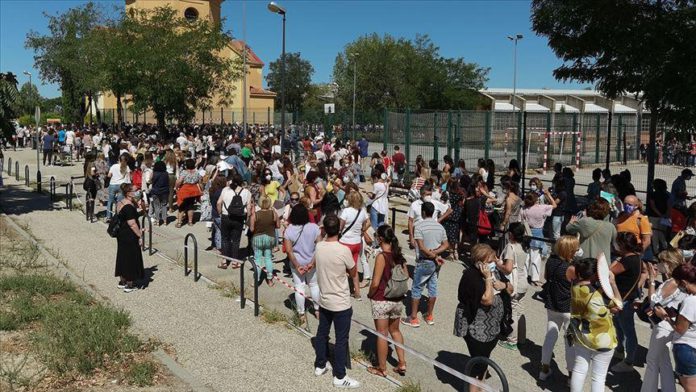 The epidemiological situation in Spain continues to improve, with the Health Ministry reporting drops in new coronavirus infections, hospitalizations and deaths on Friday.

A steep drop in the number of hospitalized COVID-19 patients has continued throughout the week. Now, hospitals are treating fewer than 15,000 patients for the infectious disease, compared to nearly 18,000 last Friday.

The number of deaths remains high. On Friday, the Health Ministry confirmed 294 more fatalities, down slightly from Thursday, bringing the total death toll to 44,668.

This was the deadliest week of the second wave, with more than 2,000 lives lost.

While the number of infections has dropped significantly since early November, the number of outbreaks detected at schools reached its highest number since schools re-started after the first wave.

There were 223 outbreaks at educational centers over the past week, compared to 199 the week prior, according to Health Ministry data.

The number of outbreaks related to families has also jumped up significantly this month, with 388 in the last week, becoming the single-largest source of outbreaks in Spain.

Social settings, on the other hand, have been fueling fewer outbreaks than in the past.

In most of Spain, gatherings have been limited to six people and nighttime curfews are enforced, while some areas have even closed bars and restaurants.

Schools across the country have stayed open throughout the second wave, with the exception of some universities.

Of the 55,000 new infections confirmed by Spanish health officials over the last week, just 11,000 were tied to outbreaks.