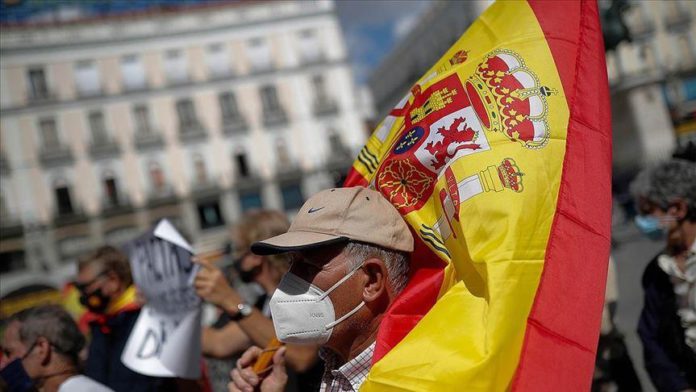 As Spain’s coronavirus figures showed some improvement on Wednesday, the country’s leaders still seem far from ironing out a plan for the upcoming holiday seasons.

The Health Ministry confirmed 10,222 new cases, down by more than 2,000 from Tuesday and the lowest daily figure in more than a month.

The number of active COVID-19 hospitalizations also decreased significantly for a second straight day, with just under 16,000 patients using 13% of hospital beds in the country and 29% of all available intensive care units.

The total number of infections in the country has now exceeded 1.6 million, according to the ministry.

“We want to send a message of constrained and responsible hope,” said Carolina Darias, Spain’s minister of territory policy, at a news conference on Wednesday.

“It’s not only important to celebrate Christmas this year, but for many more years to come.”

Spain’s central government is trying to finalize a package of measures for the holiday season, but failed to reach a highly-anticipated agreement with regional governments during a meeting on Wednesday.

Health Minister Salvador Illa said leaders will try to work out a recommendation plan by next week, but the final say on matters such as curfews and restrictions on gatherings and movement will remain with regional authorities.

The governments of Madrid, Murcia, and Catalonia have said they want to increase the maximum number of people at gatherings from six to 10, while the president of Galicia has said children should not be counted in the maximum number.

Leaders in Madrid have promised a traditional Three Kings Parade and want to extend the curfew from midnight to 1.30 a.m. for the five holidays in Spain’s long holiday season, which ends after Jan. 6.