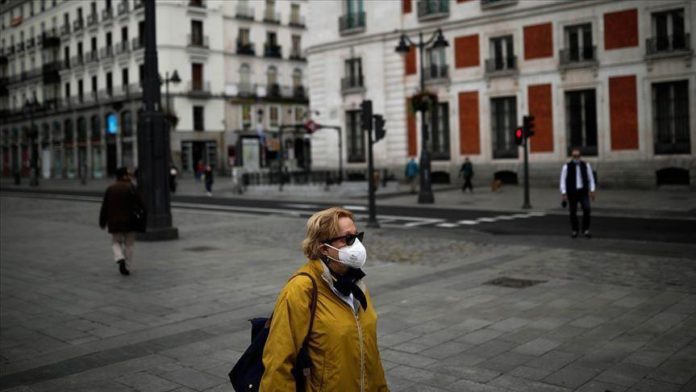 New coronavirus infections in Spain are snowballing at an increasingly fast rate, with the Health Ministry reporting 16,716 new infections on Wednesday.

That’s the highest daily surge in new infections since Nov. 23. The daily figure is up more than 2,700 from Tuesday and by around 35% compared to the same day last week.

Experts say the effects of Christmas, when anti-Covid measures were relaxed to facilitate celebrations, remain to be seen.

The number of tests coming back positive is also increasing. In Valencia, close to one in every five coronavirus tests conducted is positive.

At a national level, pressure on hospitals remains relatively stable but still high, with 21% of all the country’s intensive care units still being used by COVID-19 patients.

On Wednesday, another 247 people died from COVID-19, bringing Spain’s official death toll to 50,689.

While widespread transmission of the mutant British strain does not appear to be circulating at high levels, more than a dozen cases have now been detected by genomic sequencing. The regions of Valencia, Galicia, Madrid and Andalusia have all picked up cases.

The head of health in Andalusia, Jesús Aguirre, sent a letter to Spain’s health minister on Wednesday, “asking the government of Spain to strongly reinforce controls on the border with Gibraltar,” where there has been a rapid growth of the new strain.

The border region in Spain has likewise been experiencing exponential growth of cases, which Aguirre said in a video message could be attributed to the more infectious nature of the British strain.

Meanwhile, Spanish Health Minister Salvador Illa is expected to resign within the next days to become the president of the Catalan Socialist Party (PSC) and run in the region’s February elections.

In an interview with the Salvados television program earlier this month, Illa said he thought the role of health minister would allow him time to work on the Catalan independence issue and in unifying Spain.

Illa took the post on Jan. 13, just two months before Spain would see itself under a full blown lockdown due to the pandemic.

Spanish media report his successor is likely to be Carolina Darias, the current minister of territorial policy.