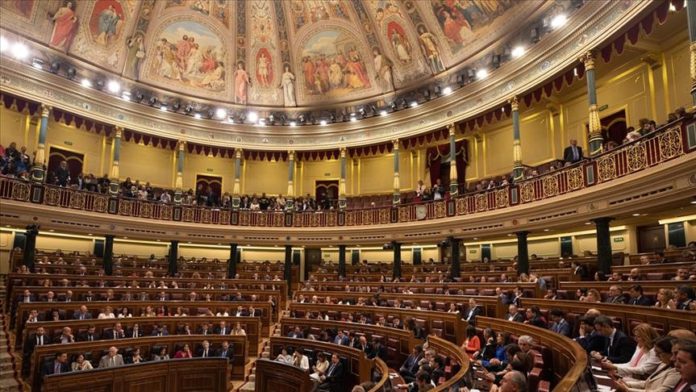 A majority of lawmakers in Spain’s lower house of Parliament approved the proposal, despite opposition from the conservative Popular Party and far-right party Vox.

While the proposal’s details still need to be clarified and approved by lawmakers, it is the first time in the country’s history that such a step for an inquiry has been taken.

“We are still studying the different ways to ensure that this work shines a light on a situation that we all regret. We are on the side of the victims that have suffered from this terrible reality,” said Hector Gomez, the Socialist spokesperson of Spain’s lower house.

The Attorney General gave orders Monday for regional public prosecutors to compile a list of all allegations of sexual abuse of minors carried out by the clergy.

The El Pais newspaper published a list last year of more than 1,200 alleged victims of sexual abuse. Neither the government nor the Spanish Catholic Church had been keeping thorough public records on the matter.

Since the El Pais exposé, more victims have come forward telling their stories of being abused by members of the Church in the country that was once deeply Catholic.

One victim is Miguel Angel Hurtado, who revealed the abuses in the famous Monserrat monastery in Barcelona. He launched a petition this week pressuring the government to open an independent inquiry into sexual abuse in religious and other communities that has already obtained nearly 58,000 signatures.

“My story, and the stories of other survivors of pedophilia in the church, aren’t that different than those revealed in other countries around us like Belgium, France, Germany, Ireland or Chile,” according to the petition. “It’s the same sense of betrayal, loneliness, and abandonment. We have the same physical and psychological scars. The same broken lives, lost opportunities and dreams. But Spain is different … Because alongside Italy, it has the terrible honor of being the only developed country where an official investigation hasn’t been carried out.”