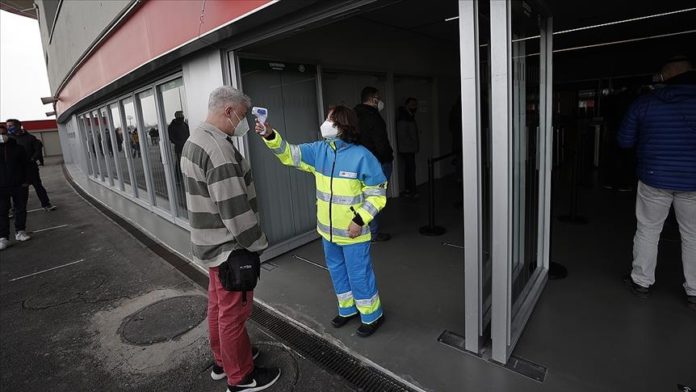 Spain’s Health Ministry confirmed another 446 deaths from COVID-19 on Wednesday, bringing the country’s official pandemic death toll to beyond 70,000.

Since Spain’s official death toll only includes people who tested positive for COVID-19 before falling victim to the disease, the exact number of deaths is likely higher. Testing had been significantly limited at the beginning of the pandemic, when Spain was most acutely affected.

As discussions continue with regional governments on possible measures to be taken on the Easter week, the ministry hopes to adopt a common strategy for travel across the country during the holiday, although most regions are in favor of keeping internal borders closed.

Spain opened up travel during the Christmas season, after which faced a devastating third wave of infections.

Internationally, Spain announced it was expanding quarantine restrictions for travelers from 10 more countries.

Previously, only people arriving from Brazil or South Africa had to quarantine for ten days. As of March 8, anyone coming from Botswana, Comoros, Ghana, Kenya, Mozambique, Tanzania, Zambia, Zimbabwe, Peru or Columbia will also have to isolate upon arrival.

The move is to prevent more variants of the virus from entering Spain, though the country has already detected 54 cases caused by the variant first found in South Africa. The strain common in Manus, Brazil has also been discovered to be spreading within its borders.

Although more regional leaders are calling for the AstraZeneca vaccine to be allowed in older groups, Spain has continued its strategy of using the British vaccine for essential workers under 55, and mRNA vaccines in older groups.

Spain has administered around 4 million vaccine doses so far to its population of 47 million.​​​​​​​

US hits Iran-linked group over rocket attack on base