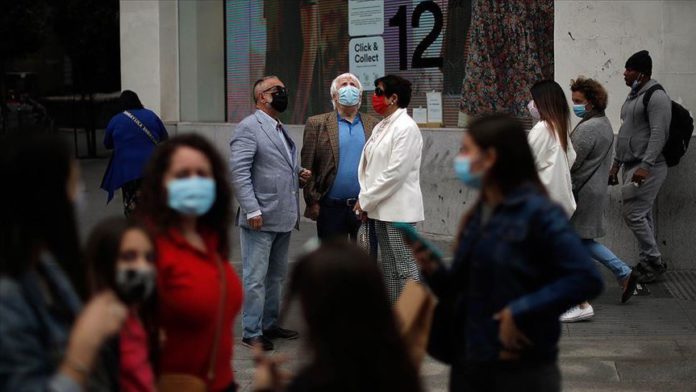 With 2,050 new COVID-19 cases diagnosed in Spain over the weekend, parts of the country are moving towards stricter social distancing and hygiene measures.

The Health Ministry reported on Monday a total of 255,953 COVID-19 cases – 2,050 more compared to Friday, the last time the data was published. That accounts for the largest two-day spike since mid-May.

Spanish daily El Pais reported there are currently more than 100 COVID-19 outbreaks in the country.

Due to particularly worrying local transmission, officials announced on Monday the northeastern cities of Zaragoza and Huesca and their surrounding areas will move back to a “flexible stage two” on Tuesday. This will affect around 870,000 people.

The areas will remain open to the rest of the country, but nightclubs will be banned and maximum capacity reduced in weddings, funerals, bars, restaurants and other public spaces. Gatherings will also be limited to 10 people.

The most dangerous area in terms of the disease remains Segria in Catalonia, which includes the city of Lleida.

Despite being cordoned off from the rest of Spain for over a week, cases continued to climb and hospitals are quickly filling up with COVID-19 patients in the region.

On Sunday, the government of Catalonia announced it was issuing state-at-home orders for the region, but the order was dismissed by a regional judge late Sunday night.

Catalan President Quim Torra said in a press conference on Monday his government would pass a decree later today to ensure the legality of strict lockdowns.

In the meantime, he asked residents to stay home and protect themselves.

Across Spain, a growing number of regions are making masks mandatory in all public spaces, with only exceptions for sports or on the beach.

Aragon, Asturias, Cantabria, Navarre, La Rioja, Catalonia, the Balearic Islands, Extremadura, Andalusia, and Murcia have all either made them mandatory or plan on doing so this week.

On Monday, after weeks of failed negotiations with the local government, resident doctors and nurses in Madrid began an indefinite strike. Thousands met to strike in front of hospitals demanding better training on the job and less exploitation.

Deaths, for the time being, remain flat, and the Health Ministry reported three more fatalities, bringing the total to 28,406.