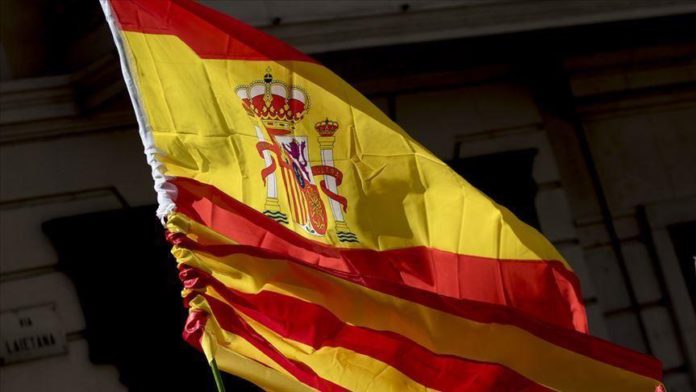 Spain’s king and lawmakers commemorated on Tuesday the 40th anniversary of a failed coup attempt, with a few notable absences.

Standing below the bullet holes made by armed civil guards as they stormed Spain’s Congress of Deputies, King Felipe VI and numerous Spanish politicians marked the anniversary of when a group of military officers held national political figures hostage for 18 hours and occupied the streets of Valencia with tanks.

One of the most defining events in modern Spanish history, the episode on Feb. 23, 1981 occurred less than six years after Spanish dictator Francisco Franco died and the country began its transition to democracy.

Speaking at the ceremony, Spain’s current king, who was 13 years old at the time, cited three factors that led to the coup’s failure. “The rejection of citizens and institutions […] the deep democratic convictions of the lawmakers who were held hostage […] and that King Juan Carlos assumed his responsibility as head of state as well as his pledge to the constitution.”

Amid the coup attempt, the former king made a late-night television appearance to declare he would “not tolerate, in any degree whatsoever, the actions or behavior of anyone attempting, through use of force, to interrupt the democratic process of the constitution.”

The speech was widely considered a watershed moment in bringing an end to the temporary military occupation. Though shots were fired, no lives were lost.

King Juan Carlos was, however, notably absent from Tuesday’s ceremony. He abdicated in 2014 after the emergence of scandals related to an elephant hunting safari trip with his mistress and corruption charges against family members became too much to bear.

Last year, amid further allegations of financial mismanagement and corruption, King Juan Carlos, 83, left Spain to live in Abu Dhabi, where he remains.

Six of those parties signed a manifesto justifying their actions, insisting that the event only bolstered the “anti-democratic” figures of king and military as pillars of Spanish democracy.

They said that if Spain remains attached to the same mode of governance set during the transition period, rejecting regions’ “right to self-determination,” and as long as there are “politicians in exile or imprisoned and repression […] Spain will never have democratic normality or be considered a full democracy.”

At the ceremony, Meritxell Batet, President of the Congress of Deputies, warned that Spain still has to fight every day to keep its democracy alive.

“Today, the danger lies in the delegitimization of institutions. Growing polarization, populism with easy answers or the fear of facing complexity are old and well-known enemies of democracy. The victory of democracy is built using the same fabric that brought us here — citizenship and institutionality.”