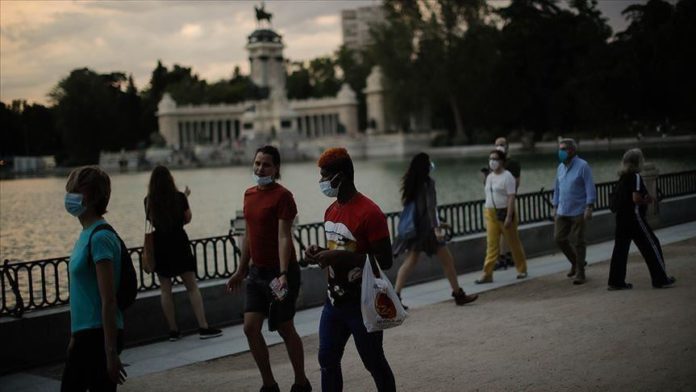 Over 6,600 more COVID-19 infections were reported in Spain on Wednesday, reaffirming that the country has again become one of the worst-affected regions in the world.

Over the past two weeks, Spain has detected more COVID-19 cases per capita than any other European country, according to the World Health Organization.

Spain’s cases per capita in recent days have been slightly higher than even Brazil and the US, two of the worst hit countries in the world.

While Spain has so far been able to avoid huge numbers of fatalities or hospitalizations during the summer surge, both numbers are accelerating.

On Wednesday, 127 more deaths were reported – the highest daily number since the lockdown ended in June – along with 450 new hospitalizations.

One town in Albacete declared a lockdown, while four in the region of Granada have asked residents to stay at home.

In view of Spain’s worsening COVID-19 situation and a lack of concrete plans for the imminent reopening of schools, unions in Madrid have announced that teachers will hold a one-day strike on the day classes are set to resume in September.

In a joint statement, the unions accused the regional government of “complete inaction” and demanded more stringent safety measures, including less students in classrooms, more teachers, nurses, and cleaning staff, and more resources to bridge the digital divide.

Education in Spain is in the hands of the various regional governments.

For the most part, parents, students, and teachers remain in the dark about what will happen when the school year begins in early- to mid-September.

On Wednesday, the region of Galicia announced some measures like serological tests for teachers and limiting the number of students per classroom to 25.

Last month, Spain’s Education Minister Isabel Celaa said in-person education this autumn would be “something the country cannot renounce,” but the rate of infection in the country seems to be making that goal less and less attainable.

Central and regional government officials are set to meet in “late August or early September” to tackle the subject of education, according to Carolina Darias, Spain’s minister for territorial policy.