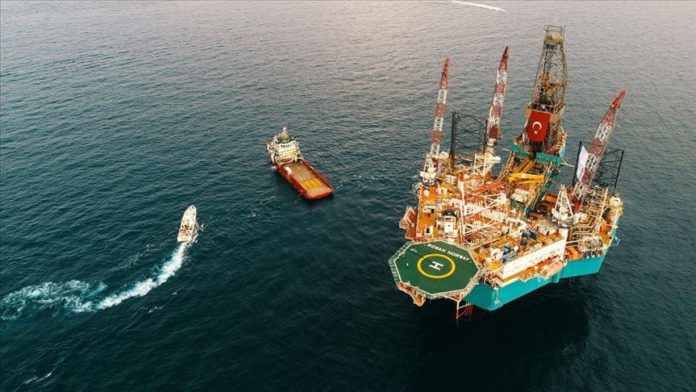 Spain and Italy, along with Portugal and Malta, contained Macron’s offensive against Turkey, urging for dialogue and negotiation for resolving the Eastern Mediterranean issue during a southern EU states summit on Thursday, Spanish media reported.

According to the El Pais, the statement released after the Med7 summit on Corsica, outlying French island, was relatively softer than what France, Greece and the Greek Cypriot administration sought.

“Spain and Italy feared that a harsher message could make things worse rather than solve them,” the report said. “[Spanish PM] Pedro Sanchez was the one who most clearly opted for dialogue.”

But Macron opposed, saying no dialogue was possible, with Greece and the Greek Cypriot administration also pressing for a harsh message against Ankara.

“It is our obligation to curb the tensions. We have to go to pragmatic solutions,” Italian Prime Minister Giuseppe Conte was quoted by the newspaper as saying, contrary to them.

The Med7 summit was held on Sept. 10, with the participation of France, Italy, Spain, Malta, Portugal, Greece, and the Greek Cypriot administration on Corsica.

The informal group of EU Mediterranean states gathered to discuss recent developments in the Eastern Mediterranean.

According to the diplomatic sources talking to the Spanish newspaper, Italy and Spain were more cautious and want to prevent the tension from escalating to the point where Turkish President Recep Tayyip Erdogan can take some extreme decision.

The two countries are closer to the position of Germany, specifically Chancellor Angela Merkel’s diplomatic efforts for mediation between Turkey and Greece.

Turkey on Aug. 10 announced that its research vessel Oruc Reis will conduct research activities in the Eastern Mediterranean until Aug. 23.

Despite opposition from Greece and some other countries, Turkey extended several times the Oruc Reis’s energy exploration in an area within Turkey’s continental shelf, with the latest announced on Aug. 31, this time through Sept. 12

Amid tensions over the Mediterranean territory and energy exploration, Turkey has repeatedly stressed its willingness to enter negotiations without preconditions, contrasting this with Greece’s refusal in recent weeks to enter dialogue through both NATO and the EU.