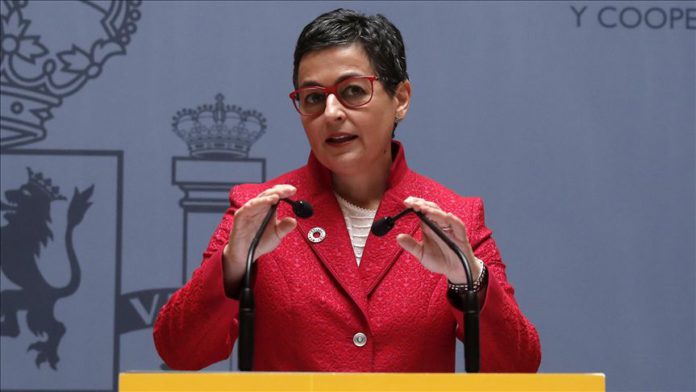 In the wake of a surprise announcement by the British government Saturday night that all arrivals from Spain must quarantine for two weeks as of Sunday, Spanish Foreign Minister Arancha Gonzalez Laya insisted that Spain is a safe destination.

“Just like other European countries, Spain is having outbreaks. It is not unusual. Spain is putting a lot of work into controlling the outbreaks. We are working to detect the cases, trace the contacts and isolate people. That is the case of the three worst outbreaks in Barcelona, Lleida and Zaragoza. I want to insist that all three are under control,” Laya told the media on Sunday.

The most recent data from the Spanish Health Ministry shows infections are climbing rapidly in Spain and top epidemiologists say it could be the beginning of a second wave.

Nearly 11,000 people tested positive for COVID-19 during the seven days leading up to Friday — twice as many as the week leading up to the previous Friday. The Health Ministry no longer publishes COVID-19 data on the weekends.

On Friday, Norway also announced a two-week quarantine for Spanish arrivals. Belgian and French authorities recently issued warnings against travel to parts of the country with the biggest outbreaks.

The British Foreign Office likewise advised against all non-essential travel to mainland Spain, but excluded the Canary and Balearic islands from the warning.

Laya said the Spanish government is currently pushing the UK to remove the Canary and Balearic islands from the quarantine list as well, as the infection rate on the islands is far below that of the UK.

The UK announcement caught hundreds of British tourists off guard who currently find themselves in Spain, including British Transport Secretary Grant Shapps, who will have to self-isolate upon return.

“They were just in shock,” Lisa Griffin, who runs an Irish pub in Benidorm, told the Guardian about her clients hearing the news on Saturday night.

“At first, a lot of people were saying, ‘This is fake news!’ because of all the social media stuff … And then as it came in from different sources, the reality was hitting home for everyone … Everybody is up in arms. Everybody cannot believe it.”

Since the state of alarm ended on June 21, Spanish authorities have been on a drive to salvage Spain’s summer tourism season with international ad campaigns marketing Spain as a safe destination.

As the UK is the main country of origin for Spain’s tourists, this move comes as a major blow to Spain’s already struggling tourism industry, which makes up 12% of the country’s GDP.