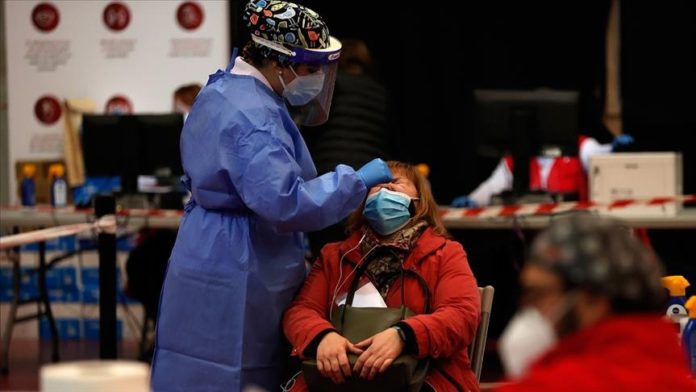 The Spanish Health Ministry released a document on Tuesday that shows the nation is grappling with the rise of new variants although coronavirus contagion continues to decline.

Spain detected 54 cases of the variant first found in South Africa, which has proven to reduce the efficacy of vaccines. Last week, the Health Ministry confirmed 15 cases.

The variant has been linked to six outbreaks and one sporadic case in Spain. One outbreak was linked to travelers to Tanzania, but the other five clusters had no clear links to Africa.

Four of the outbreaks occurred in an unspecified Spanish city, but the other cluster, which led to at least seven infections, was isolated in another.

Spain has limited travel with South Africa and Brazil. Yet, a significant outbreak has also been detected in Tyrol, Austria.

It is a similar story for the variant widely circulating in Manaus, Brazil. Of three clusters tied to the strain in Spain, one had a direct link with Brazil.

Studies suggest that the strain may more easily lead to re-infections in those who already had the virus. According to the Health Ministry, it has likely led to at least one re-infection in Spain.

Meanwhile, the strain first found in the UK continues to become more dominant in Spain, although its growth has been geographically uneven as inter-region travel remains restricted in most of the country.

In Asturias, for example, researchers suggest it is making up more than 60% of all cases, whereas in the region of Aragon it is thought to be the cause of less than 10%.

All this comes as Spain has seen cases declining in recent weeks. On Tuesday, however, the Health Ministry adjusted data — erasing nearly 75,000 duplicate cases from the country’s total, so the daily evolution could not be gauged.

Another 192 people were reported to have died from the infectious disease, while 27% of Spain’s intensive care units remain full of COVID-19 patients.

Meanwhile, Spain has administered 3.9 million doses of the COVID-19 vaccines — 87% of all it has received.

On Tuesday, Spain’s Health Ministry recommended anyone getting the AstraZeneca vaccine to take one gram of paracetamol before the jab, saying it reduces side effects.